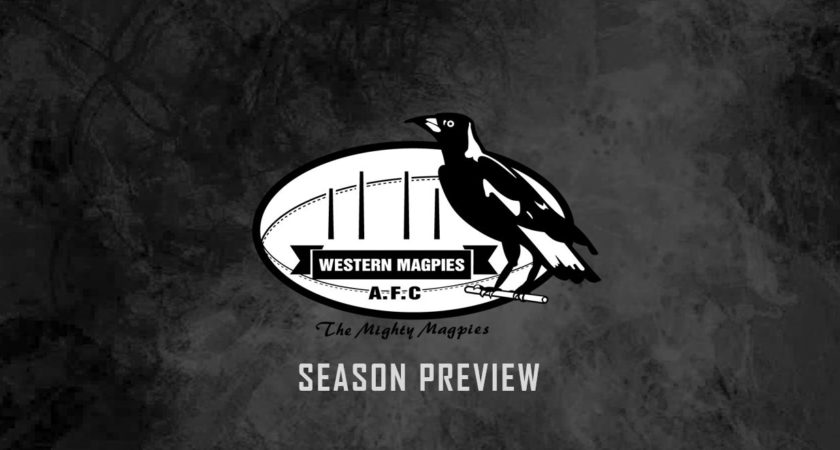 All the numbers were there to suggest that the Western Magpies should have been in the top three in the 2018 QAFL season.

You would think that the second highest points scored (1513), the fourth best points-against record (1087) and the third highest percentage (139.19) would equate to a high finish for the finals.

Somehow this did not happen. Facts and figures did not equate to reality and the Magpies finished sixth, four points out of the top five after losing their final-round match away to Surfers Paradise.

The Magpies were the team all rival coaches were most concerned about.

Now the stage is set to see if the Magpies can take the next step and translate good statistics into finals football under coach Brydan Morgan.

The club from Sherwood will be chasing its first premiership since 2012 when they beat Palm Beach Currumbin in the grand final played at Hickey Park under Peter McClelland.

That was in the SEQAFL Division decider.

Talk to Morgan and it is clear that 2018 was a frustrating time for the Magpies.

It all boiled down to a slow start to the season when the Magpies lost to Mt Gravatt, Broadbeach and Palm Beach Currumbin in their first three fixtures.

Those three sides all went on to play finals.

“It was a slow start to the year and we didn’t win our first game until the fifth round,” Morgan said.

“We were behind the eight ball after that.

“To be honest we had a new playing group, a new game plan and I feel some players were not sure what they could achieve.

“As a team we were not where we needed to be.”

Understandably getting out of the blocks quicker when the 2019 season starts next month is a priority for the Magpies.

“The most important thing is that we’re into the second year of our game plan,” Morgan said.

“Add a few tweaks here and there plus a natural development from some of our kids and we should be all right.”

One thing seems to be certain for the Magpies this time around – and that is they will have a midfield squadron that should be the envy of rival clubs.

And that could be a key because Morgan believes the new game rules make it imperative to dominate at centre bounces.

To start with, the Magpies have two smart players straight out of the AFL in the shape of ex-Brisbane Lions Ryan Harwood and Claye Beams.

Add some extra quality in in the engine room via Drew Mitchell, Rising Star Award winner Riley Easton, Ben Jenke-Cain and even Val Pope, who did not play a seniors match in 2018, and the Magpies will be very, very strong in the guts.

Morgan has high hopes for local product Logan Murray, who played predominantly reserves last year after not being able to commit to the full program.

“He had his reasons but he’s going to be a good player for us – he’s a good inside ball winner,” the coach said.

On the players departed front, the Magpies have fared reasonably well, losing a couple of handy ones in veteran Anthony Corrie and forward Jake De Winter, who have both joined Kenmore.

Add Matt Davis and Dylan Adkins, who have both retired, and the Magpies have been reasonably stable in the losses department.

Alongside Beams, the Magpies have recruited a tall forward in Brody Lumber from Deniliquin, Riley Green from Park Ridge and Yarrawonga pair Jayden Gallagher and Macauley Lonergan.

Morgan feels that Jack Goodall can fill the key forward void left by the departure of De Winter.

Western Magpies won the Colts flag last year so expect a number of players from that team can step up into seniors football.

“This year we expect to play finals, but we understand we have to do the work to get there,” Morgan said.

“We have the belief in the group that we can do that.”