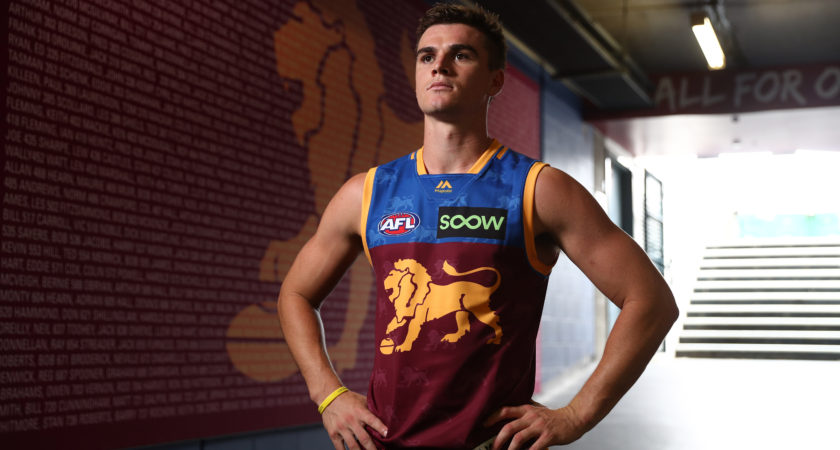 The Brisbane Lions’ entertaining 43-point win in Saturday’s NEAFL practice game win over Aspley could help springboard a number of players into the regular Lions’ AFL line-up in 2019.

The Lions, who field 16 AFL-listed players in the win, ran away in the contest by kicking nine goals to three in the second half and a strong showing from several players could make the fight for positions tight for the Round 1 game against West Coast.

New-forward Ben Keays was among those who played against the Hornets at Voxson Oval, and proved a class above in the contest, thriving in a new forward-centric role he has honed over the offseason.

He finished with a game-high four goal haul while also proving the consummate team player by dishing a few more opportunities to teammates.

Keays, who has trained exclusively as a forward over the summer, said the team’s showing in the game was positive and hoped he and more could push for senior consideration as Round 1 verges closer.

“We probably finished the game off fairly well. We started a bit slowly, but we worked our way into the contest.”

“I’m playing mostly up forward now so I try to hit the scoreboard every game. That’s a little goal of mine and then also to pass a couple off as well,” Keays told lions.com.au.

Since moving inside 50, Keays has relished in training and match simulation, culminating in his performance in the intraclub possibles vs probables game early last month where he too showed his knack for finding the goals.

But while goals may be the most tangible product from a forward’s game, Keays was adamant that wouldn’t be the only measurable he aspired to achieve, instead highlighting tackles as his focus.

“Sort of five and above every game is probably a good indicator in that role.

“We’re big on selflessness so if I can get my five tackles and build from there, I’ll be happy.”

The fourth-year Lion made just two senior appearances in 2018 and hopes his new role can help him play his best football this time around.

In the new role, Keays is afforded more clarity in a role and has worked with forward coaches Jed Adcock and Mitch Hahan to hone his craft, namely his goal kicking and forward pressure.

“It was difficult at first, but I think it’s been really good for me,” Keays said of his position transition.

“I’ve loved it to just have a role that I can purely dive in on. I think last year, playing in the midfield I was just trying to rack the ball up and there wasn’t a real goal in mind.”

The side that beat Aspley featured a who’s who of the Brisbane Lions line-up including Stefan Martin, Tom Cutler and Matt Eagles but Keays pinpointed two others who he expects to take the next step in 2019.

“Cedric Cox is probably one for me who has had a really strong preseason. Obviously, he’s pretty flashy but he’s come back in really good shape and he’s running really well.”

“Rhys Mathieson is one as well who had a great game on the weekend. He’s gone from strength to strength and has really improved his running.

“He’s another one who will hopefully make a big jump this year.”