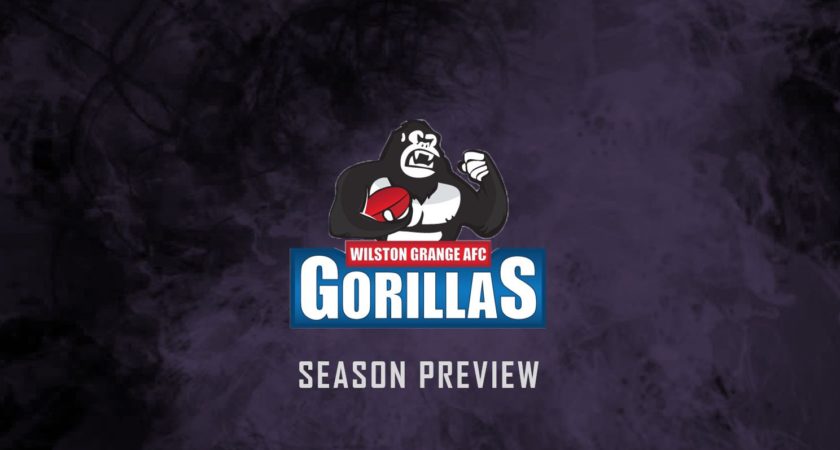 Could this be the year that things change around for the Wilston Grange Gorillas?

Off-season activity certainly leads to positive vibes at Hickey Park with a brand new coaching panel in place, a minimum number of changes to the playing roster and a focus on fitness under new coach Barry O’Brien.

“We have very few changes, new coaches in place and hopeful the banishment of an injury curse that has crippled the club for a few seasons now,” O’Brien said.

“We’re tried to keep the group together and it is very encouraging to be getting 40-plus senior players out on the training track during the pre-season.

“I believe that for the first time in four years our reigning best and fairest (Adam Hughes) will be playing the following year.

“We were a revolving door there for a while because of all the injuries.”

O’Brien, a former Mayne player and dual Coolangatta premiership player, is setting the bar high in terms of fitness.

“The focus has been on fitness because I believe the club really needed to do something about that – I thought it was a key area.”

There were times over the past two seasons that the Gorillas had up to 10 of their top 22 players sitting on the boundary line.

Still, they battled on and had an encouraging end to the 2018 campaign.

Sure, they were belted by eventual premiers Palm Beach Currumbin in their final match at Salk Oval but before that showed signs of a leap up the ladder this year.

Grange beat eventual grand finalists Broadbeach by 12.9 (81) to 7.16 (58) in Round 17. The week before that the Gorillas lost by two points to Surfers Paradise, who made it to the first semi-final.

“The finish to 2018 was indeed promising and I have to agree with that,” O’Brien said.

“The biggest thing was we developed a lot of young players and they had 10 to 12 games in the seniors.

“We played more than 50 in the seniors so when you’re turning over that many you lack stability in the team.”

With O’Brien (seniors), Craig Carmen (reserves) and former Geelong, Melbourne and Brisbane midfielder Brent Moloney (colts) as coaches it is ow over to the playing group to give the Gorillas some grunt.

O’Brien agreed that Wilston Grange has always been looked at by rivals as a danger team but has rarely lived up to that rating.

The gains are interesting indeed.

They are headed by big ruckman Dylan Reid, an Aspley junior who went to Werribee then to Ballarat before returning to Brisbane.

“He can play and he’s going to make us better on the field because last year we were down a bit on big men,” O’Brien predicted.

Other new players set to wear the red, white and blue are key defender Alex Bond (Pine Rivers), half-back Craig Plant (Deer Park) and Glendon Woosup from South Cairns and who was a member of the Gold Coast Suns Academy.

O’Brien, who had senior coaching experience for a season at the quaintly named Manglopah Kookardinia United Eastlakes club in country New South Wales, believes the new points ranking system in place for this year is a positive.

“The system might strengthen the competition up and might bring a bit of loyalty to footy,” he said.

“I think you’ll find that blokes are not chopping and changing all the time.”