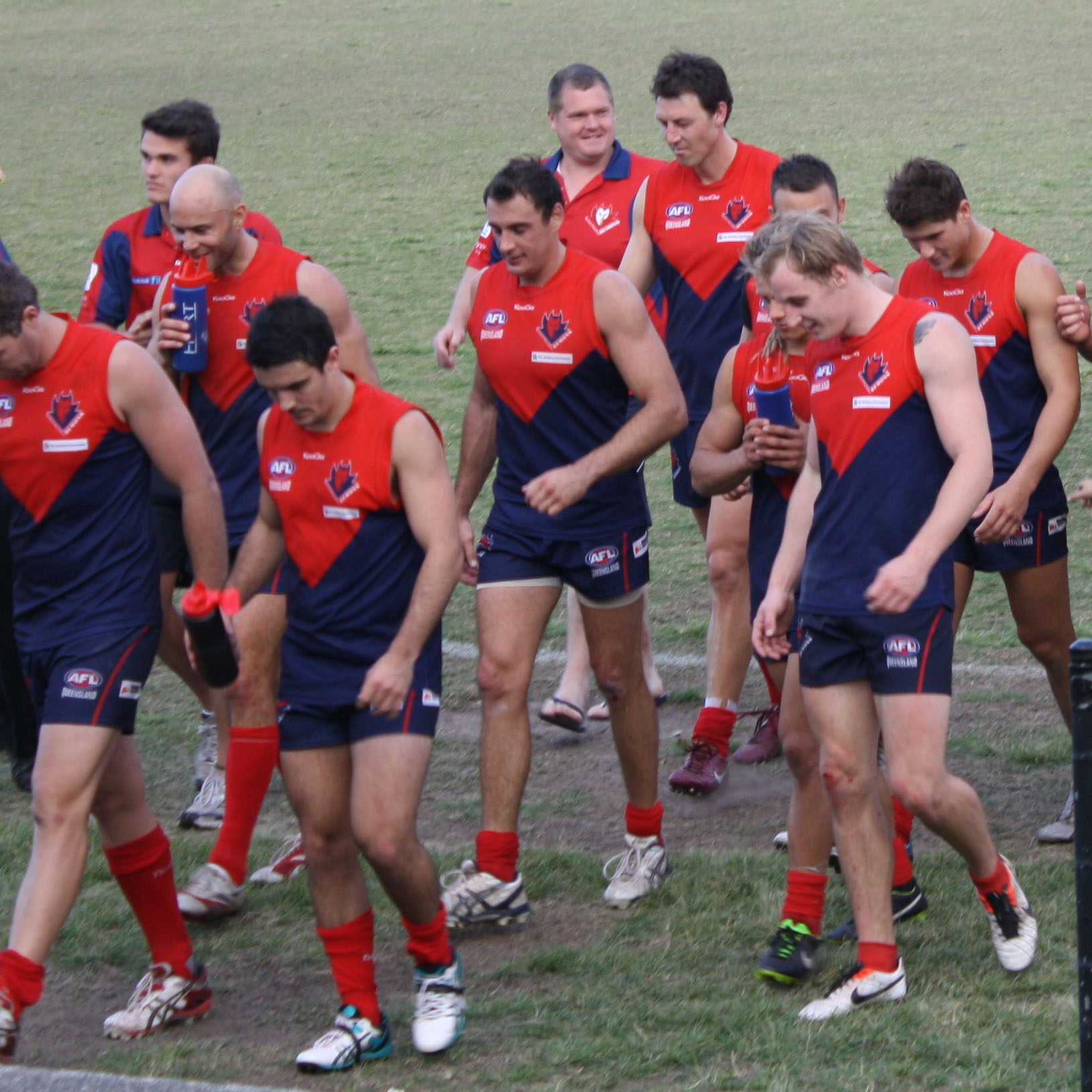 It was agony and ecstasy for Wilston Grange as the final siren blew on their elimination final loss to Surfers Paradise Demons.

Daniel Campbell kicked a goal in the shadows of the siren, cutting the margin to three points, and as his teammates celebrated the final siren blew and they were left to contemplate their season cut short.

Gorillas coach, Matt Trewhella, said he didn’t know what to think once the siren went.

“In my head I was just thinking we can get a clearance and another goal,” he said.

“Then the siren went straight away and I didn’t even have time to think about it.

“Just an empty feeling after the year we’ve had.”

His opposing coach, Surfers Paradise’s Beau Zorko, didn’t have much trouble finding the word to articulate his feelings.

“Relief’s a really good word that comes to mind,” he said.

“I’m extremely relived and I’m looking forward to another week.”

It was only the second goal of that final term, the other going to Demons veteran, Jake Ryan, who booted a monster right on the 50-metre arc.

It was a clear display of what is required in finals footy, with both sides’ producing suffocating defensive pressure across the ground.

The second term could not have been more different, in a 10-goal term, with both sides getting more run.

When the Demons took the game on, they looked unstoppable, but turnovers cost them dearly.

It was a war of attrition in the final term, and it took 20 minutes for the first goal to be scored, by Demons veteran Ryan.

Campbell had the final say, but it was just too late for the Gorillas.

Zorko said he was happy to get the win, even though it wasn’t pretty.

“When we used the ball and played with composure, we really controlled the game  and we panicked wand went away from the way we want to play the game, we brought them back into it.”

Surfers Paradise’s Jason Torney, playing loose in the back line to start, had a sensational game, that even Zorko, ran out of superlatives to describe.

“He was outstanding, sensational, fantastic, you can roll on with them,” he said.

The form of the ex-Adelaide Crow forced the Gorillas to throw one of their own back, in Trewhella, which had an immediate impact.

Grange midfielder, Mat Stevens, was clearly his side’s best, leading the way with tackling and finished with two goals.

Stevens has lifted his game this season and he was a standout at Sir Bruce Small Park.

It was a quieter day for Grange’s Steve Brittain, by his incredible standards.

The Demons were noticeably boosted by the return of Ryan Dienjes, who came into form after a slow start to the match.

The only sour note to the match for the Demons was the loss of Trent McIntyre, with hamstring tightness, though that issue is not likely to keep him out of next week’s semi final against Palm Beach.

Trewhella said the Gorillas would continue to build in the future, after replicating their 2012 finish this season.

“We’ve had a lot of development of our local guys, and we didn’t recruit heavily this year,” he said.

“This was never just a 12-month prospect for me, coming into this position (player-coach).”

To see how the game unfolded, click here: http://bit.ly/1dewkZ9