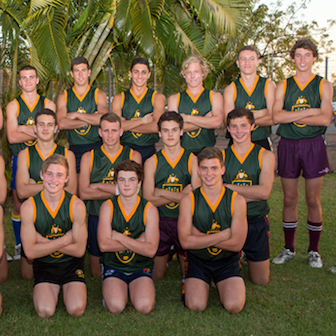 Queensland finished 6th out of eight teams and notched up two wins during the championships, which were held at Darwin’s TIO stadium.

Queensland finished 5th in the U12’s, with three wins and two losses.