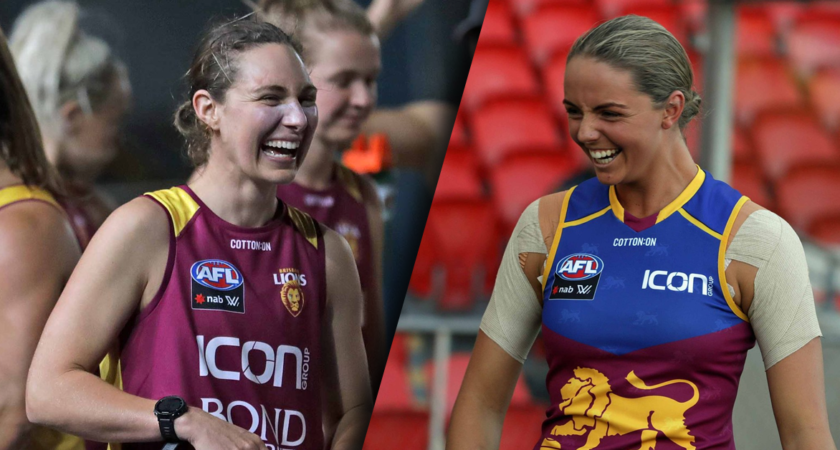 Wilston Grange have wasted no time in the recruitment department this offseason, bolstering their playing stocks as they hope to reclaim their premiership throne in the 2020 Bond University season.

The Gorillas have announced a pair of Brisbane Lions AFLW talents to the side with both Rheanne Lugg and Brianna McFarlane set to ply their trades at Hickey Park next year.

The duo are two of three already big coups for the Gorillas, who finished in seventh place in 2019, with the club already appointing former Footscray and Adelaide forward Barry Standfield as coach.

Wilston Grange president Matt Trewhella was expectedly pleased by the signings of both Lugg and McFarlane for 2020.

“Rheanne comes to our club with a wealth of knowledge and experience and has already come down to a number of preseason trainings and has fitted into our culture perfectly.”

Rheanne makes her way to the Gorillas after over 125 games for Swan Districts in the WAFLW and six games for Adelaide in the AFL Women’s competition after she was selected by the Crows with the 42nd pick in the 2017 NAB AFLW Draft.

Trewhella said the Adelaide connection shared between both Standfield and Lugg has already been forged between coach and player.

“Our senior women’s Coach Barry, who is also a past Adelaide Crows player, is excited to be working with Rheanne and the two of them have already bonded over their days with the Adelaide Crows,” he said.

“Rheanne is an incredible AFLW player and an even better person. We cannot wait for her to put on the Red, White and Blue.”

McFarlane, who has spent the previous two seasons with Coolangatta Tweed, also finds herself at Hickey Park as she prepares for her second AFLW campaign with the Lions.

A strong marking forward, McFarlane missed all of her debut season through a shoulder injury but will be looking to make an impact for both the Lions and Gorillas in 2020.

Of course, the 2020 Bond University QAFLW season has been realigned with the national women’s competition, meaning AFLW players such as Lugg and McFarlane will only be open for selection with the Gorillas should they not be chosen for Brisbane’s match day team while the two competitions run alongside each other.

Brisbane play three of their four home games of the 2020 AFLW season at Hickey Park.