Long time between drinks for Yeronga

Saturday was a historical day for Yeronga South Brisbane, though it might have flown under the radar. Yeronga got on top in their weekend clash with Mayne, running out victors 18.10.118 to 10.13.73. It was a good effort, but there was also something unique about it.

Queensland Footy Forensics noted that this is the first time Yeronga seniors has defeated Mayne, since 1946. The score on that day was 6.11.47 to 6.8.44.

There are a few exceptions to the stat, as the clubs played in ’68 with Yeronga getting up, but it wasn’t against the Tigers senior side. Then there was a practice match this year, as well as a few games between ’53 and ’54, but during those years it was a Cooparoo-Yeronga merged side that won.

The Palaszczuk Government has announced $15 million, to go toward female sporting facilities over two years.

Minister for Sport Mick de Brenni, said that even though women’s sport is experiencing growth, funds are needed to upgrade sporting facilities that are lagging behind.

“Most sporting clubs across the state rely on facilities built in another era entirely,” said Mr de Brenni.

Inaugural Brisbane Lion, Jade Ransfield, is flying so far this season in the QWAFL and kicked four again on the weekend against Zillmere. Her latest haul takes her total to 25 for the season, cementing the Devils spearhead’s place at the top of the QWAFL goal-kicking table.

The clever medium sized forward was delisted at the end of the AFLW season, but appears to be doing everything possible to put her name forward for 2018.

This photo comes in from the Sherwood Juniors thanks to Andrew Thomson. What an effort from the Magpies youngster! 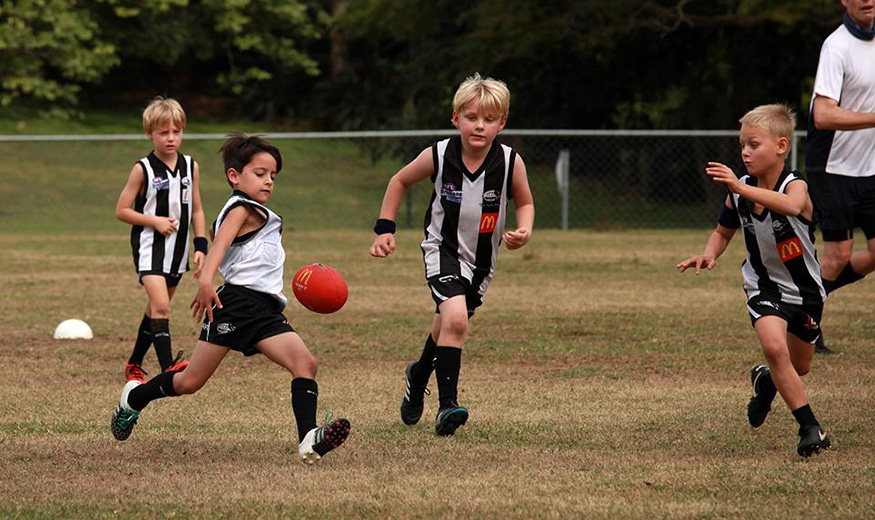