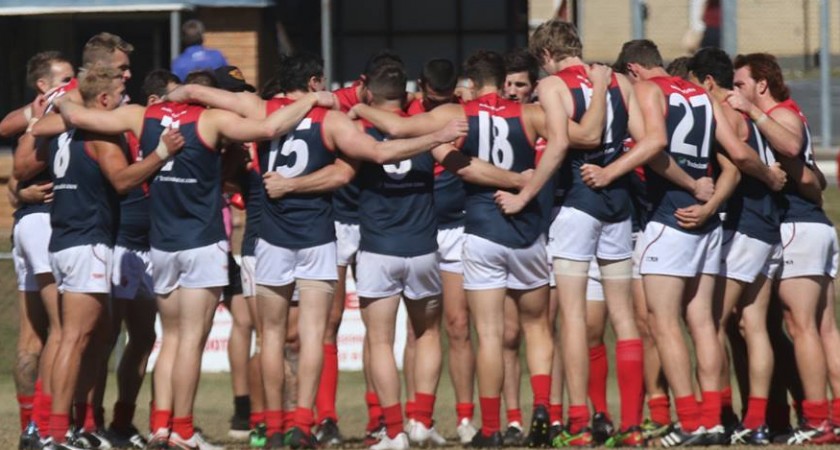 The Surfers Paradise Demons have secured the signatures of returning Queenslanders Elliott Bath and Brodie Grant.

Surfers can now look toward next year with two more hardened senior bodies to help shoulder the load, in a side full of talented young players that need support.

“At the end of the season we were really happy and pleased with where we were at with our development and the kids that are coming through,” said Demons coach Brad Moore.

“But obviously to have the opportunity to add to the list with some more experienced players was going to be highly beneficial for us.”

Bath played his Queensland football at Labrador when the club was part of the NEAFL, while Grant played at Southport and Broadbeach.

Since then, both players have spent the past few seasons playing with the Jerapit-Rainbow Football Club in the Horsham District Football League in Victoria.

“Obviously there’s that incentive (for) players from Queensland given the opportunity to be flown down to places like Horsham, like Brodie and Elliot had, and getting paid pretty substantial money,” said Moore.

“They’re coming towards maybe the latter part of their football career, so they were keen to get back on the coast.”

Bath looks set to come into the lineup as a small forward who can go through the midfield, while Grant will play primarily as a forward.

Former Demon Simon Fenton will also make his way back to the club, in a playing development coach role. This year, Fenton played for Robina in QFA Division 2, kicking 24 goals from his 19 games, but it’s his experience and leadership qualities that make him an important acquisition for the Gold Coast club.

“At presentation night when it was announced, the roar from the playing group, they’re just keen to have him back,” said Moore.

Surfers finished seventh on the QAFL ladder in season 2017 with four wins and 11 losses.