Lions fans have something to crow about 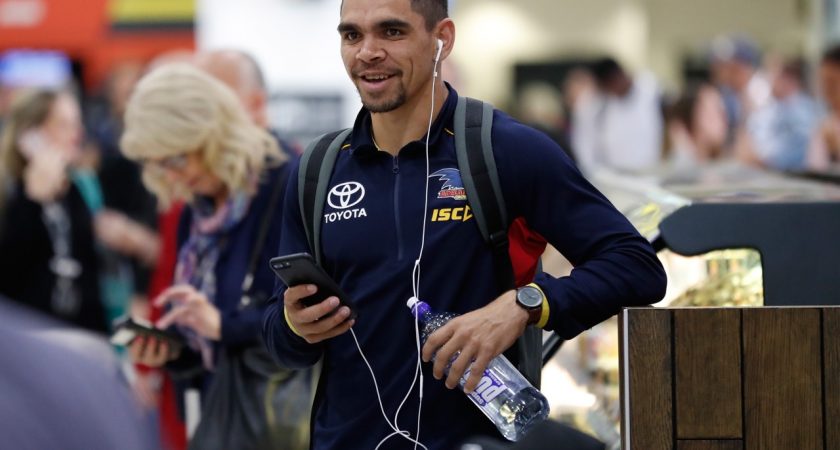 The AFL trade period is always an exciting, but daunting, time… especially for fans themselves. Names start to circulate of key players that could potentially leave the club.

All you do is hope that they are only rumours, or you start to try and convince yourself that they will never leave, that they’ve been through too much as a club.

Then in the last few minutes, when you think finally think it’s not going to happen, you open social media… and there it is, the story that your key player has been traded to another club.

For me, as an Adelaide Crows supporter, it was long suspenseful wait too see if it would happen. But then I saw that dreaded headline; ‘Another Crow Leaves the Nest’. At that moment, I realised that speedster Charlie Cameron had left us and gone to the Brisbane Lions.

I’ll never forget watching Cameron in this debut season in 2014 and thinking to myself, he really is something special. Then when he won the Crows Mark Bickley Emerging Talent Award at the end of the season, I knew he had a bright future ahead of him.

He kept proving just how talented he was after being nominated for the 2015 AFL Rising Star award for his performance against the Brisbane Lions in round 13.

His ability to be very dangerous in attack became apparent very quickly, especially when paired with fellow Crows small-forward Eddie Betts. Both proving they can be destructive on the scoreboard.

I was constantly amazed with the way that Cameron could use his speed to break away from his competitors and this determination to run-down and tackle them. I believe he is a force to be reckoned with and is a valuable player of any team he plays in.

His journey from a rookie in 2014 to a premiership player in 2017, has really been a sight to see and watching this youngster grow in the forward he is today has been something quite remarkable.

As hard as it is for me to see such a good footballer leave the crows, Lions fans should be very excited to have Cameron on board, and look forward to everything he is going to bring to the team.

Be prepared for him to kick multiple goals per game, to lose his opponents in a way you didn’t even think was possible and for him to use those legs to catch even the fastest of competitors.

The season is sure to be filled with many thrills and excitement as he constantly surprises you with the moves he can do on the football field. He’s sure to be a good asset to the team.

But … it’s very hard for me to not to be excited for Cameron, especially when I hear the reasons behind the move and his plans for Queensland community football.

Knowing that he wants to teach AFL to younger Indigenous kids from his home town of Mornington Island and be a role model to them, makes losing him that little bit easier.

Although I’m going to miss him atCcrows, I’m still lucky because now I get to see Cameron play a lot more regularly than what I used to.

As for the Lions and their fans, they are very lucky to have such a talented, kind-hearted footballer and I’m sure the Gabba is going to roar when he takes the field.