Funding call for The Reserve 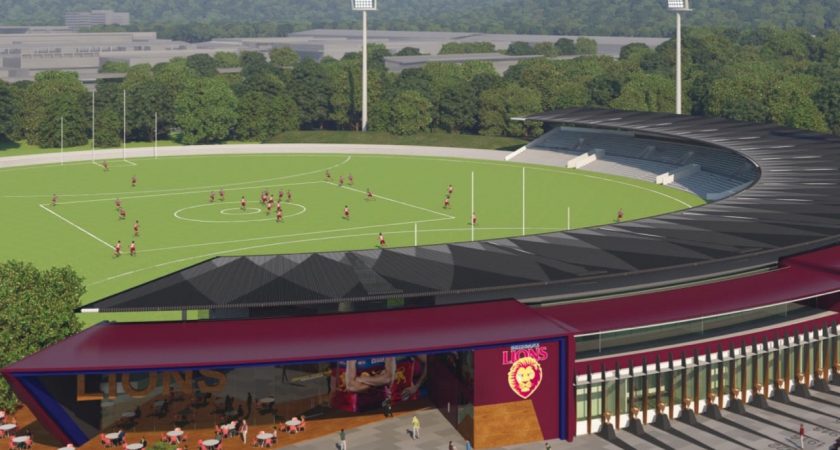 The Brisbane Lions are anxious to secure state election funding commitments from both the Australian Labor Party and the Liberal National Party toward the development of their AFL Women’s community arena at Springfield, The Reserve.

The Club have $40 million in funding already confirmed by Ipswich City Council, Springfield Land Corporation and the AFL for the project.

Brisbane Lions CEO Greg Swann says the timeline for construction could be affected if funding is not secured during the election campaign. Queenslanders head to the polls on November 25th.

“In 2018, our AFLW team will once again be playing less home games than our competitors, which is a significant disadvantage. Our team lacks a permanent home that has elite facilities for our players and fans,” he said.

“It is critical that we break ground early in the new year to ensure that we have the arena completed for the beginning of the 2020 AFLW season.

“We need certainty on a commencement date for construction, as the AFLW season may significantly increase with six new clubs joining the league by 2020, including another Queensland team in the Gold Coast Suns.

“We believe our case for funding is very strong.”

Swann is also urging Brisbane Lions fans to chip in by making their voice heard in the community.

“For Lions fans who are wanting to contribute to the cause, if you see a politician from any party in your community over the next few weeks, don’t forget to ask whether they support additional funding and infrastructure for women’s sport in Queensland. Every interaction will help keep the Reserve project front of mind.”

The Club has been in talks with leaders of both the ALP and LNP since The Gabba was ruled unavailable to host this year’s AFLW Grand Final in March.

The expected time frame would see construction continue over 24 months, with the arena opening in time for the Lions’ 2020 AFLW campaign.

The Reserve will also provide new training and administration facilities for the Lions, boast extensive community access to meeting rooms and health facilities and will host a range of events in addition to AFLW games.

The Club has appointed Cox Architects to deliver an updated master plan for The Reserve so that detailed design can commence quickly upon the confirmation of government funding.