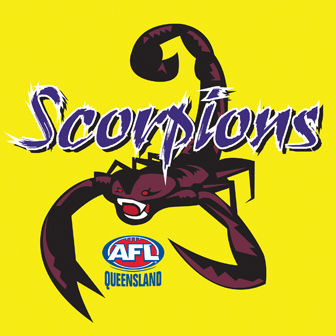 Dandenong Stingrays too much run for Scorpions

After a very even first half the Dandenong Stingrays ran all over the Queensland Scorpions in the second half of the TAC Cup game at Yeronga on Saturday, running out winners by 45 points, 17-14-116 to Queensland 10-11-71

Queensland came out of the blocks ok for their first game together as a group and had chances early to set up a lead but for inaccuracy in front of goal.

Some basic errors cost Queensland a couple of goals but they showed some signs of teamwork late in the quarter with goals to Ives, Tickner and Bain to take a 1pt lead at the first change.

The second quarter was very even with the lead changing hands  on a number of occasions with the Stingrays holding a 4 pt lead at the long break 6-5-41 to Queensland 5-7-37.

The 3rd quarter was all the Stingrays with small forward McCartney and swingman Whitfield dominant they took over and led by 32 pts at 3 qtr time.

The last quarter again was all the Stingrays and with a 2nd half scoreline of 11 goals to Queenslands 5 goals they ran out comfortable winners .