UQ’s Matt Stewart in the 60 Secs hot seat this week.

UQ’s Matt Stewart is the newest coach in the Allied Pickfords Cup this season, but he will be a familiar face to many of those in the community footy ranks.

“Hollywood” took the reins this season, after playing for eight years with the red Lions and captaining the side, and has had a reasonably positive start to his coaching tenure.

The Red Lions weren’t highly rated going into the season, but they managed to knock off Noosa and almost bested an improved Coolangatta side on the coast.

Before coming to Queensland, Stewart played at Bayswater and Norwood in Victoria’s EFL.

In his time playing footy, Stewart recalls a particular coach who loved a bit of good press, cutting out every paper article that reflected positively on himself.

He describes himself as inclusive, structured and passionate in the way he approaches coaching and says the best advice he’s ever received was not to take short cuts. 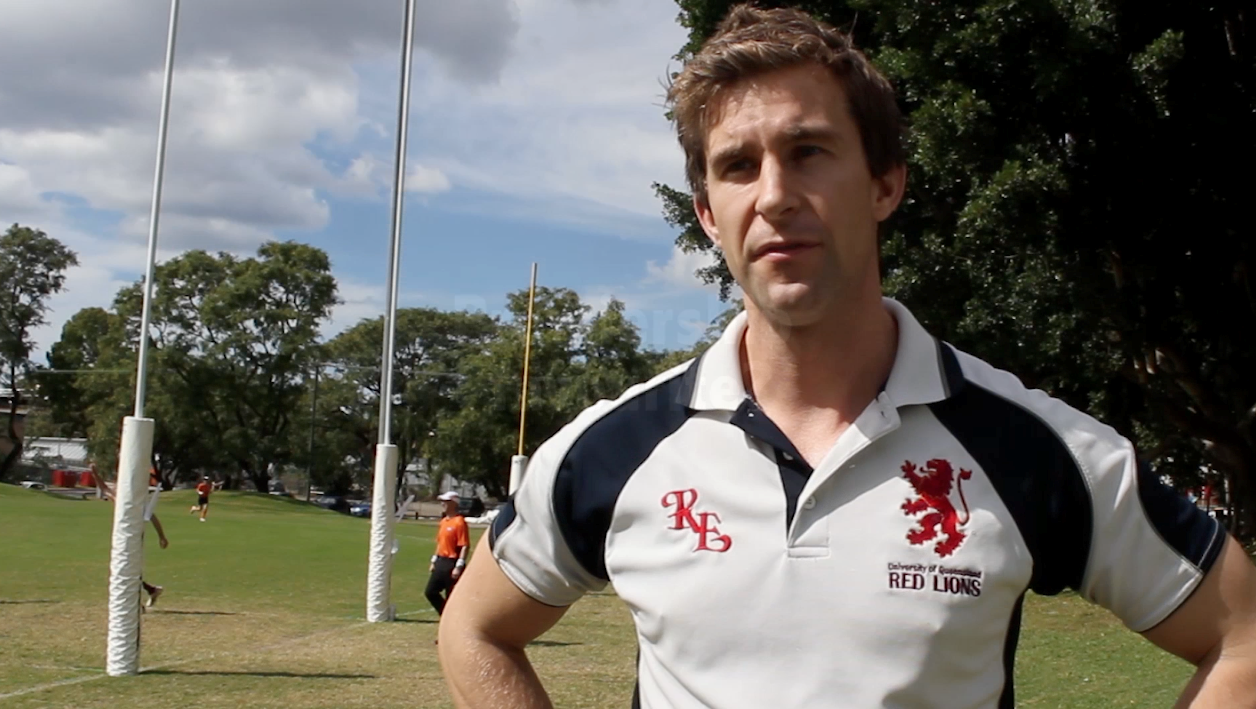 Click above to see the video interview with Matt Stewart.

The physiotherapist says his dream job would be to be paid to travel the world, and Munich’s Oktoberfest is on the top of his bucket list, and a trip to the Caribbean would also be on his itinerary.

Stewart is a coffee fan, and an 11:30 match day coffee is part of his weekly preparations.

Over his time playing footy, the backman says Stuart Wynd, a prolific goal kicker in the EFL, notching up more than 100 majors in his career, was his toughest opponent.

Outside of footy, Stewart fancies a bit of snowboarding,.

On the box, his top pick is Suits, while The Bourne movies are his favourites on the silver screen.