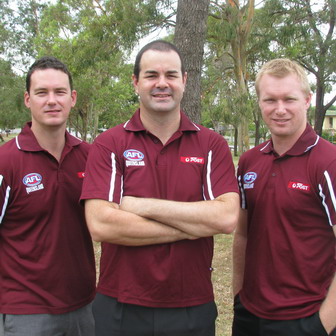 Former Brisbane Bears player, Ray Windsor, has been appointed Senior Coach of the U18 Queensland Scorpions.

The new role seems a natural progression for Windsor, who was Young Scorpions Assistant Coach in 2008/2009 before taking over the senior role in 2010. His coaching efforts were rewarded this year when the team took out the 2011 National Championships.

Windsor, himself a former Larke Medal winner for best Under 18 National Championships Player, said he was thrilled with the appointment.

“We’ve got a competitive and hardworking player group and a very good coaching staff which, hopefully, the 2012 results will reflect. “

While Windsor is keen for success on field, he says it’s seeing players develop that gives him the greatest joy.

“It’s really satisfying to see the improvement levels in these boys across the whole spectrum – from skills right through to maturity.

“For me, that’s the most exciting part – seeing someone go from being average to being great. “I’m really looking forward to provide my experiences to these guys to help make sure they get to the highest level they can.”