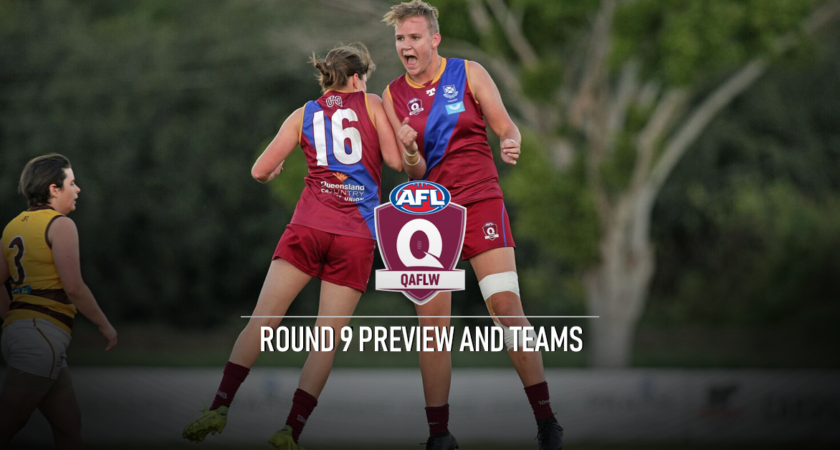 Wilston Grange and Coorparoo will celebrate the contribution of Aboriginal and Torres Strait Islanders this weekend when they face off in Brisbane’s North.

Given the QAFLW’s league-wide bye round last week during Sir Doug Nicholls Round, the two sides will celebrate the Indigenous heritage in our sport in what is the two side’s first meeting since last year’s Bond University QAFLW Grand Final.

Of course, the Gorillas triumphed in last year’s premiership decider meaning Coorparoo are eager to earn retribution this time around.

The Kings however will be without one of their best players for the contest in Jesse Wardlaw, who was also one of the team’s best in the Grand Final.

Wardlaw currently sits second in the competition goal kicking and with Jess Weutschner likely to again play across half-back and 2018 leading goal kicker Jenae Govan finding a niche as a tall onballer, the Kings’ forward structure could look strikingly different to what most are used to.

In her absence, the Kings could look to emerging tall Tahlia Hickie, who has now played a handful of games since her return from injury at QAFLW and QW Winter Series levels along with games played at the Northern States Academy Championships in Coffs Harbour earlier this month.

Coorparoo will also be without Paige Parker as one of a bevy of changes to the side that also sees defender Ariana Reilly reintroduced to the senior line up.

Wilston Grange have too made changes to their Round 6, gaining back MacNeill, youngster Emily Bashforth and former Zillmere talent Georgia Byrne who will play her first QAFLW game since 2017.

Yeronga South Brisbane coach Aaron Russell is confident of keeping his perfect record against ladder leading Bond University intact this weekend as they two sides meet for the second time in 2019.

The Devils won out in a nail biter in the opening round of the season against the Bullsharks in what was Russell’s first game at the helm of the Brisbane-based club.

Since then, both sides have remained squarely in the frame for finals contention with Bond University etching a lead at the top of the standings.

But Russell admitted despite the Bullsharks emerging as the early premiership favourites, there was a lot to take away from their Round 1 contest.

“A lot has changed that was the very beginning and we’re at about the middle of the season now,” he told aflq.com.au.

“They have improved since then and they have added some different personnel as do we.

“We liked the way that we played that game. There was some stuff that we loved from that game that we’d love to replicate. I think it’s a definite confidence booster.”

Despite Bond University’s lightning start to the 2019 season, their Round 1 contest against the Devils remains the only blemish on their record – a fact that Russell is again hoping will remain intact this weekend.

Luckily, Yeronga have regained Demi Leach for the match in a host of changes for the red and black.

Sam Virgo, Jacqui Yorston and Dee Heslop will all return while talented Darling Downs youngster Zimmorlei Farquharson will make her QAFLW debut with Russell expecting to deploy her deep in the forward 50.

Bond University could extend their five game winning streak and overcome their opening round loss to the Devils with a win.

The Bullsharks have made a slate of changes for the game including the return of Tiarna Ernst, Wallis Randall and Maddison Levi while losing Emmii-Lee Zanker Close, Charlotte Hammans and Taylor Smith.

Surprisingly, the Bullsharks have decided not to bring Lauren Bella back into the senior QAFLW side and she will instead line up in the QAFW Development League.

A season defining game for both Coolangatta and Aspley awaits this weekend as both hope to return to the winners list for the first time in several weeks.

After starting the season on fire, the Bluebirds have cooled over their past two contests with loses against Wilston Grange and Bond University enough to see the side drop to fourth place.

The Hornets too have had their struggles over the past month and you’d have to go back to Round 1 for their last victory.

A win this weekend could form the catalyst of a midseason resurgence for either side, especially given their matchups against Bond University (Aspley) and Yeronga (Coolangatta) – two of the competition’s most in form teams – next week.

The Bluebirds have already faced the proposition of playing without key midfielder Jordan Membrey this season – she was a healthy scratching in their Round 6 loss to Bond University – but the Gold Coast side will now be without her for the foreseeable future after Membrey signed for VFLW outfit Hawthorn during the week.

Membrey’s loss is a damning one for Coolangatta however the Bluebirds will welcome back perhaps their best midfielder in Maddy Roberts for the clash.

Alongside Roberts in the inclusions is Bri McFarlane, who will play her first QAFLW game of the season after making her playing return for Brisbane in the QW Winter Series last weekend following a shoulder injury in the summer.

The Hornets will be looking to make their presence known on the scoreboard against the Bluebirds side who will also be without key defender Alex Hamlyn, and have brought back the likes of Renee Weller, Kaitlyn Cantrel and Anna van de Wiel for the contest.

The University of Queensland will usher in a new era of football this weekend as they host Maroochydore in a historic afternoon for the western Brisbane club.

The game bares significant importance given it will be the first time the Red Lions will able to play at their home ground for the first time since the 2017 QAFLW season.

Back then, the Red Lions played on Oval 1 at the St Lucia venue but after extensive renovations and the installation of lighting, Oval 2 is finally ready to host football at the University of Queensland.

The contest bares even greater implications for the Red Lions too who could potentially jump higher on the ladder with a win against the inform Roos.

Currently fifth on the ladder, the Red Lions could consolidate their place within the finals bracket given they remain level on points with Coolangatta and are just one with behind both Maroochydore and Yeronga, the latter who face the ladder-leading Bond University.

For the contest, the Red Lions have made just two changes from their pre-bye side that won against Wilston Grange. Among the outs are Bree Koenen, Lucy Arnold and Eva Agnew.

Sharni Webb, who got some kilometres into the legs last weekend as the runner for the Brisbane Lions QW Winter Series team, will return alongside Zanthre Cerutti, Grace Brennan and Naomi Fitzpatrick.

Maroochydore have made just one change from their winning side against Yeronga in Round 6, losing key defensive pillar Tahlia Randall for Jya Epstein.