Round 9 QAFL Preview and Teams 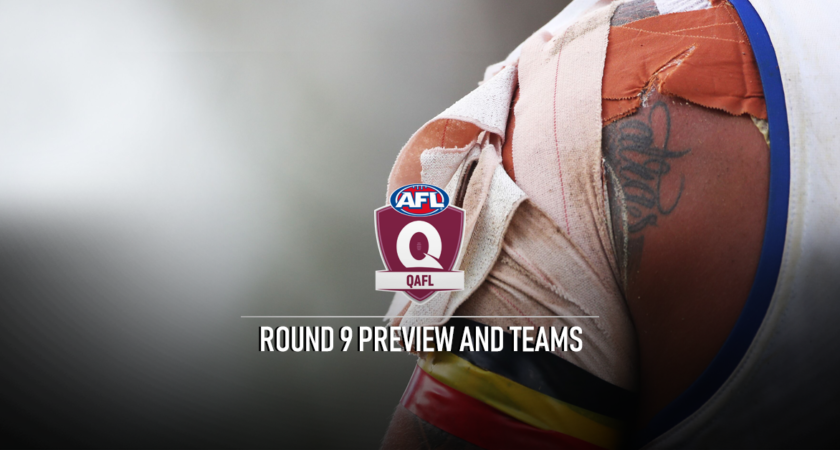 Top five rivals Surfers Paradise and Mt Gravatt have made six changes each for their clash at Sir Bruce Small Park on Saturday.

But it appears that Surfers have done better in what has become a weekly turnover of players listed with NEAFL clubs because the Demons have gained two from Southport whereas Mt Gravatt lose three of their Redland brigade.

Midfielder Haydn Kiel and defender Sam Jewell are back for the Demons from Southport while the Vultures are losing Jarrod Huddy, Kailem Baker and Bill Sam to Redland.

On paper the scales appear to have tipped the way of Surfers, although coach Brad Moore noted that, apart from the elimination final last year, the Dees have invariably lost close matches to their weekend rivals.

The Demons won that final by 37 points at their home venue.

“On paper the Southport guys have strengthened us,” said Moore.

“We’ve had a week off so we have got to hit the ground running in what is our first home game since Labrador in the third round.”

A loss for the Demons is Daniel Stubbs, who fell ill late this week, denying him the chance of lining up against his brother Sam, who is running second in the race to be the competition’s leading goalkicker.

An interesting inclusion for Mt Gravatt is Jesse Green, for his first game of the season.

Green is available again following his campaign playing for Australia on the touch World Cup in Malaysia.

Mt Gravatt coach Adam Boon played in the 2018 elimination final against Surfers, when he was listed with Redland, and knows how well the Demons cherish their home turf.

“Going back to that final and we know we have to defend the ground better because they have some prime ball movers at the back,” said Boon.

“We were okay last week (when they beat bottom side Sandgate) and we want to do it more consistently against the top sides.”

This is a key match for both sides.

Surfers are second on the ladder with 20 points, a win clear of Morningside and Broadbeach and two wins clear of Mt Gravatt.

Victory for the Dees would maintain their advantage but a loss would tighten things up, especially if Morningside and Broadbeach both win on the weekend. 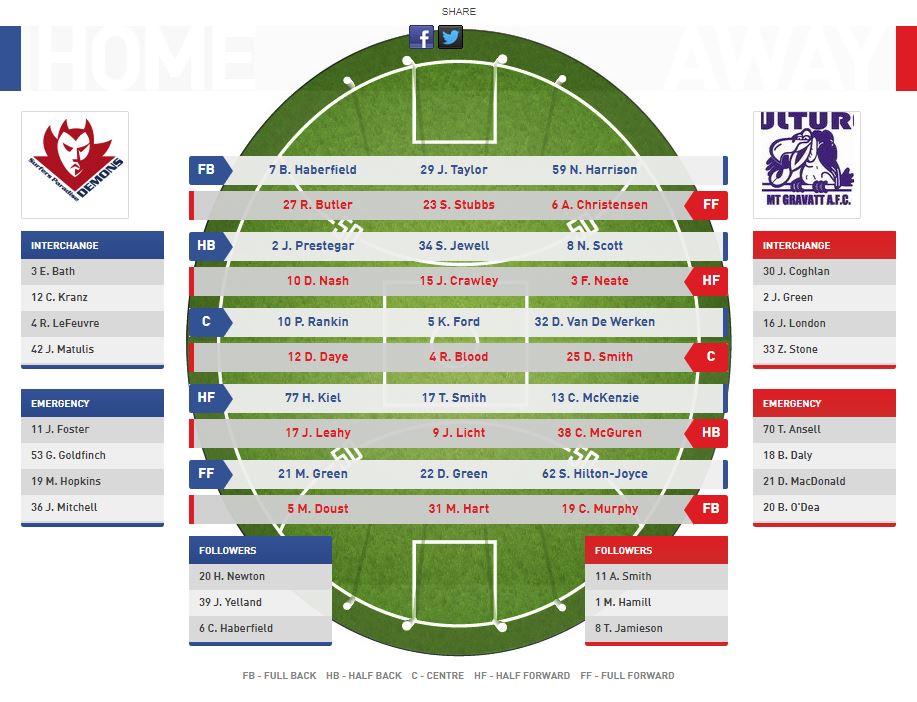 The Western Magpies have been boosted by the return of captain and midfield spark Ryan Harwood for their trip down the M1 to play Labrador at Cooke-Murphy Oval on Saturday.

The former Brisbane Lions AFL player has been sidelines since undergoing foot surgery during the pre-season and his return could not have come at a better time for the Magpies as they struggle to get back on level footing with the top five contenders.

“His return is massive for us,” said coach Brydan Morgan. “We have been missing someone like he is, someone who cracks in and wins contested ball and releases us into space.”

The trip to Labrador will also be a big one for Chris Hunt, a defender who is to play his 100th game in the black and white stripes.

“He has been a stalwart for the club although he has not played too much seniors football for the past few seasons,” said Morgan of the 2012 premiership player.

The return of Harwood is one of three changes made by the Magpies while Labrador have four changes, among them the return of goal sneak Emmanuel Baru and former regular Rhys Coombe.

The Tigers dropped Lachlan Davidson as they continue to experiment with running two ruckmen – the second is Andy Hollis – in the same side.

Last week Labrador found premiers Palm Beach Currumbin a bit too good but took confidence away from the game.

Coach Liam Burke said the effort showed that the Tigers are that bit off the pace being set by the top sides but remains confident his developing side can continue on with the good work.

To this end the Tigers have handed teenager Matt Fraser his seniors debut and rewarded Josh Deacon for his good work in the seconds.

The Magpies put in a final-term shocker last weekend when they collapsed against Morningside and looked incapable of kicking a good score.

“So this week we have to be a bit `more creative with the ball. I want the players to take the game on rather than being reactive.” 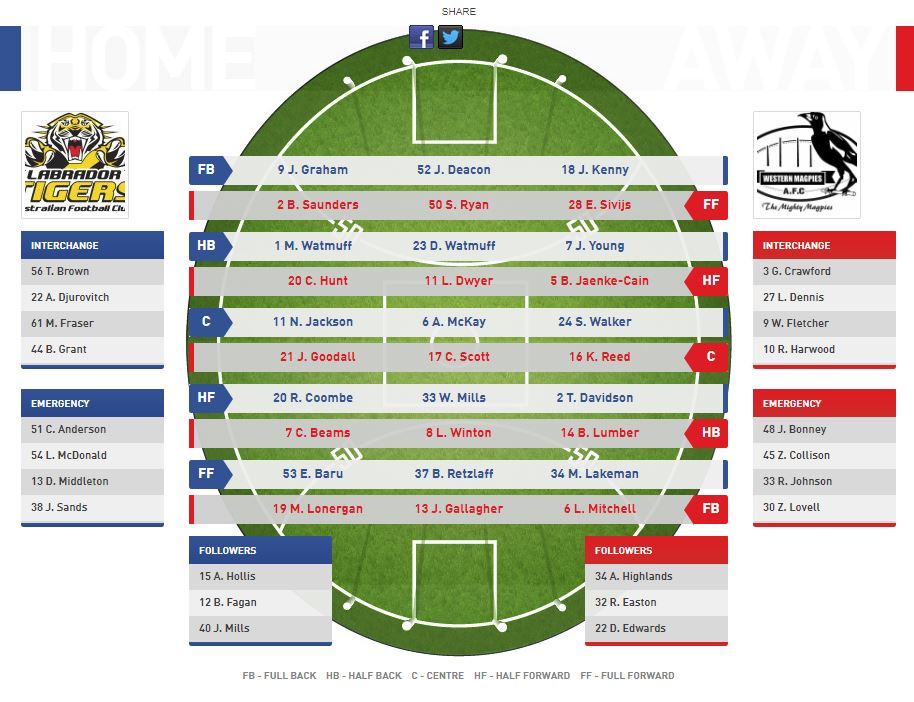 Broadbeach have lost one defensive rock but replaced him with another for their match against Sandgate at Subaru Oval on Saturday.

Ryan Dienjes has been suspended for a week and is among four changes made by the Cats after their huge win against Wilston Grange last weekend.

But big Xavier McMahon is back from injury and ready to fill the void left by Dienjes and also returning are midfielder Nick Burton and wingman Kwabe Boyake.

Also named for the Cats for his seniors debut is promising youngster Brandon Deslandes.

Deslandes is a product of the Townsville system and has been with the Suns Academy where he has played NEAFL this season.

Out of the side this weekend are Southport players Alex Aurrichio, Jake Hinds and Jack O’Shea.

After their massive win last round the Cats will be pumped and no doubt keen to take another percentage booster against Sandgate, a side yet to win this season.

Yet coach Beau Zorko refuses to look at the game this way. He simply wants a win and expects a tough battle against the youthful Hawks.

“My thoughts are on our performance and ensuring we start to create some consistency week in and week out,” he said.

“If the focus is there and we play our roles and do our jobs the scoreboard will look after itself.

“But I am treating Sandgate with the utmost respect. They have a good young group and they’re playing on a ground that will suit them.”

Sandgate have included newcomer Max Homer, recruited from Stony Creek in Victoria, for his initial seniors hit-out for the Hawks, along with Aspley listed Brandon Batchelor and Dominic Paino.

Coach Jarad Marsh says this weekend is no different to any other in that he just wants an effort across four quarters.

“We just want to continue to develop and push games into the kids – and we’ve got to get better at arresting momentum swings against us,” he said. 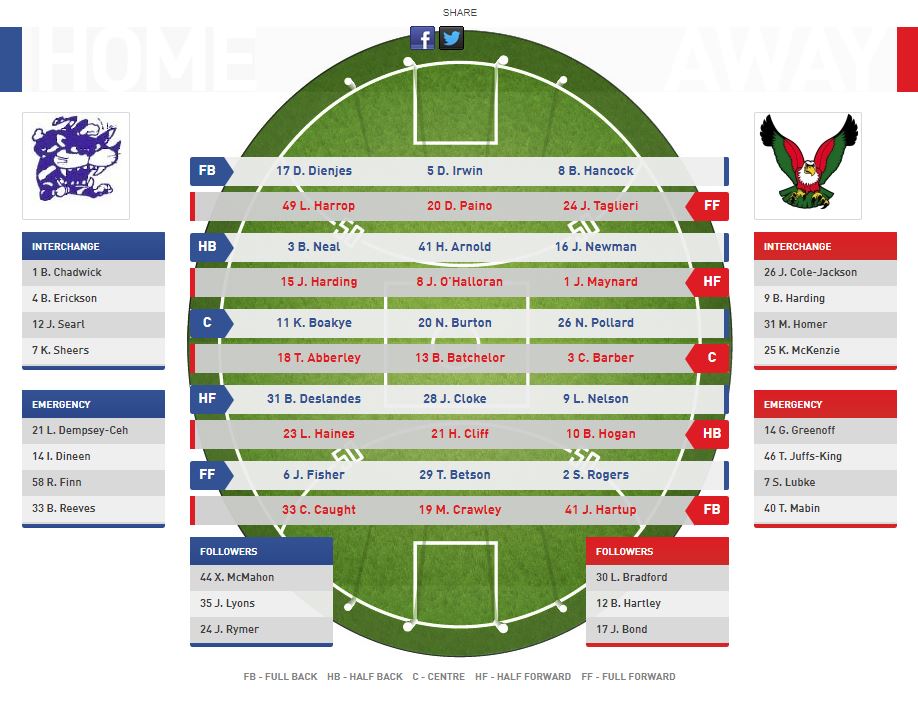 The quicker Wilston Grange players can forget events of last weekend’s disaster away to Broadbeach the better it will be for everybody at the club says coach Barry O’Brien.

With an obvious point to prove to the Grange faithful that they are much, much better than they showed when they lost by 120 points to the Cats, after leading by two goals at quarter-time, the Gorillas host in-form Morningside in a night game at Hickey Park on Saturday (5pm first bounce).

First and foremost in O’Brien’s demands will be the need to save face, to prove they are not falling back into the bad old days.

“Hopefully pride will show out this weekend because we have to win back respect in the league,” said O’Brien.

“We have to move on as quickly as we can because we can’t afford to have blowouts like we had last weekend.”

O’Brien said players were understandably embarrassed by the loss to Broadbeach although he declined to deliver his wrath on them at training this week.

“We have the chance to (atone) against Morningside because a few weeks ago (against Palm Beach Currumbin) they had the same thing done to them,” he said.

It is a statistical oddity, one noted by Morningside coach Clint Watts, that the Gorillas have led in five of their games this year yet won only twice.

“They can get out of the blocks so we have to match them – we’re wary that they have been starting games well,” said Watts.

“We’re trying to work it out why we can’t maintain the effort,” he said.

Morningside will start favourites for the Brisbane derby after their impressive win against the Western Magpies last weekend.

They have three changes, headed by the loss of Ryan Dadds (to Redland) and the injured Lachlan Russ.

Forward Tom Jeffrey, Cameron Spence from Redland and defender James Johnson are the new faces for the Panthers this week.

Wilston Grange regain forward Frazer Eaton and get Jack Lipscombe back from Aspley among three changes. 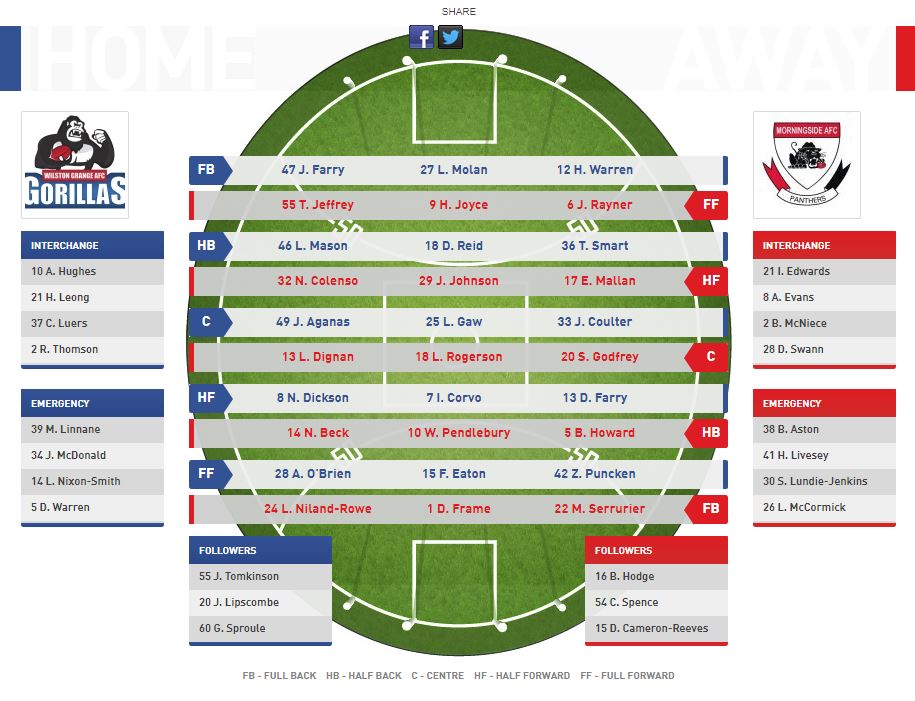