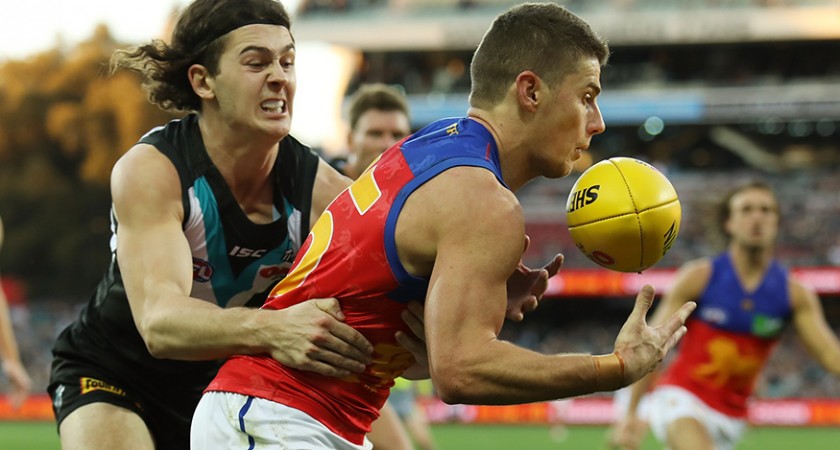 But there’s one other player who, although he doesn’t get recognised in the same way, would be more than handy in a Suns jumper right now.

Dayne Zorko is one Gold Coast player who never wore the colors of the League’s 17th club but could easily have done so. And been a star.

The former Broadbeach AFLQ captain and four-time B&F winner was zoned to the Gold Coast but was traded to the Lions ahead of the 2011 AFL National Draft.

He hasn’t looked back. After an injury-delayed start that saw him miss the first six rounds he has played 113 of a possible 115 games. He missed two games last year – one through suspension, and one for personal reasons when his father was seriously ill.

Zorko was at his brilliant best again on Saturday, arguably best afield in a beaten Lions side against Port Adelaide at Adelaide Oval.

He earned 143 Champion Data ranking points – his 10th ‘ton’ of the season and a season-high.

He’s a clear leader among Queenslanders in total Champions Data points, ahead of Dixon and Dayne Beams, and has headed the Queensland rankings seven times in 13 rounds. And one was a bye.

He is the Lions leading possession-winner and leading goal-kicker, is 5th in the League for kicks and tackles, and 12th in possessions.

Zorko was the only Queensland Champion Data centurion in Round 13 in which only 11 Queenslanders played in the last of the bye rounds.

Teammate Sam Gilbert had 14 possessions, five tackles and a goal assist as he remains on track to reach 200 games this season, needing to play nine of the last 10 home-and-away games.

Dixon continued his strong season for Port Adelaide against Brisbane with 16 possessions (nine contested), six marks and a goal playing more at centre half forward than his customary spot at full forward.

Zac Smith had 14 possessions,33 hit-outs, four tackles and two clearances in Geelong’s loss to West Coast in Perth, and Alex Sexton 12 disposals, a goal and a goal assist in Gold Coast’s loss to Carlton. Jesse Joyce had six disposals and five tackles for the Suns.

In the NEAFL, Kurt Tippett was among the Sydney Swans best in a 102-point win Aspley with 20 disposals, six marks, five tackles and 39 hit-outs.

But Aliir Aliir, after a fine game at centre half back in which he was tagged after a brilliant start, left the ground late with a twisted knee after a spectacular mark.

He was on crutches after the game but the club was confident it is not a serious injury.

In the VFL, Wylie Buzza kicked two goals for Geelong after being an emergency for the senior team for the first time over the weekend. Josh Wagner had 28 possessions and Jake Spencer 12 possessions and 19 hit-outs for Casey.