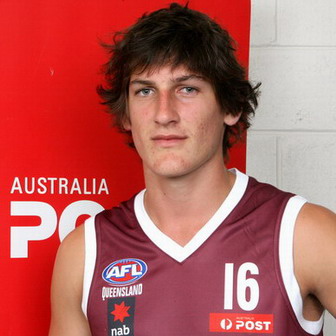 Michael (pictured), Sexton and Coleman-Broome, who toured Europe with the AIS/AFL Academy squad last month, have been rested from the Scorpions’ first two warm-up matches against the Sandringham Dragons and the Dandenong Stingrays.

But they’ll take their place in a strengthened Scorpions line-up at 11.15am tomorrow against the Calder Cannons, the 2009-10 TAC Cup champions.

The match will be played as a curtain-raiser to the NEAFL clash between the Brisbane Lions Reserves and Greater Western Sydney Giants, in which rugby league convert Israel Folau will play his first game of AFL football in Queenland.

But under a fitness cloud is former AIS/AFL Academy ace and Scorpions vice-captain  Jackson Allen, who was a late withdrawal last week against the Stringrays.

He’ll face a fitness test tonight and if cleared one member of a 23-man squad named by coach David Ashkar today will be left out.

Already omitted from the side that went down to the Stingrays have been Shaun Crook, Tom Davidson, Mitchell Hopkins, Sam Panoho and late inclusion Jack James.

The Cannons, fifth on the TAC Cup ladder this year with a 3-2 win/loss record, will also be bolstered by returning AIS squad members Rory Atkins and Liam McBean.