QLD U18 squad prevails at Yeronga 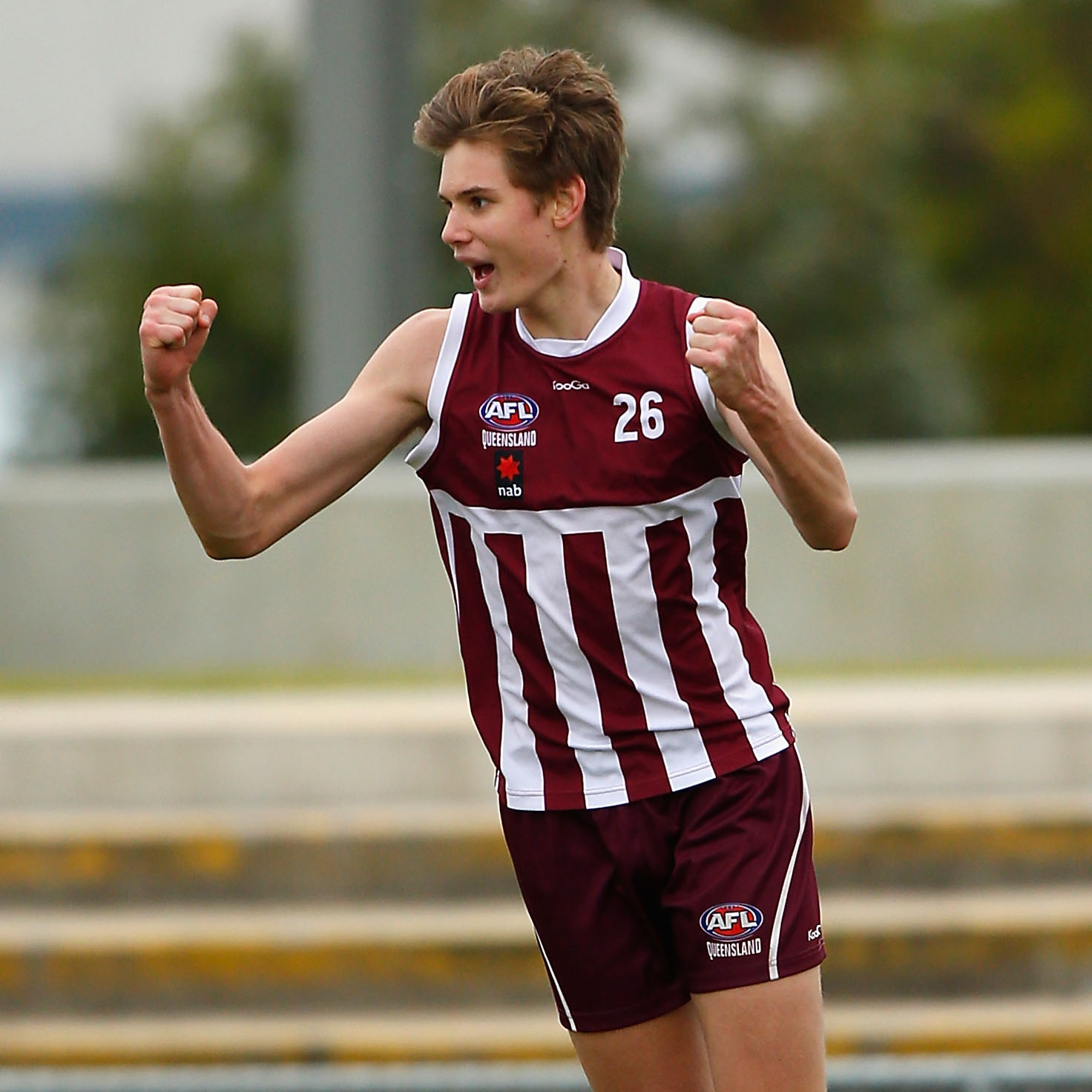 After a tight start, the U18 side, which trained as a team twice in the lead up to today’s game, ran away with it, gelling well.

“Matty was great today, he marked really well, but his tackling was also really good,” he said.

Top draft prospect, Liam Dawson, chimed in with two goals showing he is just as at home in attack as he is in defence.

Ipswich’s Matt Uebergang was strong again in the forward line, keeping him well and truly in frame for state selection.

While there were plenty of impressive individual performances, from players like Morningside’s Darcy Cameron-Reeves and Gold Coasters James Holland and Darcy Trask, Fletcher said it was the team first play that impressed him most.

“We were coaching on behaviours today and each area had specific benchmarks to work with,” he said.

“Each player really shared the workload out there today and that team effort was better than any individual performance out there.”

Playing 25 against a Morningside team of 30, the youngsters gained a valuable lesson about playing against senior bodies, an opportunity that Fletcher said was all too rare.

“It would be good if they could play against these kinds of guys more often,” he said.

“They definitely learned a lot and it’s an experience they need more of.”

Obviously strong in attack, with  eight individual goal kickcers, Fletcher said he would be focused on improving their tackling efforts.

“I think their tackling needs work and I would like to see more guys coming forward to defend,” he said.

“But, overall, I was really happy with the performance today and I thought they played some good linking footy and they really shared it around.”

One of last year’s state representatives, Bill Pendlebury, was the best for the Panthers.

The side notched the win without big men Brayden Preuss and Will Kristelly, who are both managing injuries.

the match is only the second in a series of three that will determine the initial Queensland U18 squad, with next Saturday’s  Brisbane Lions Academy v Gold Coast SUNS Academy at Southport still to come.

Festival of Football this weekend
Big summer for Burleigh Bombers