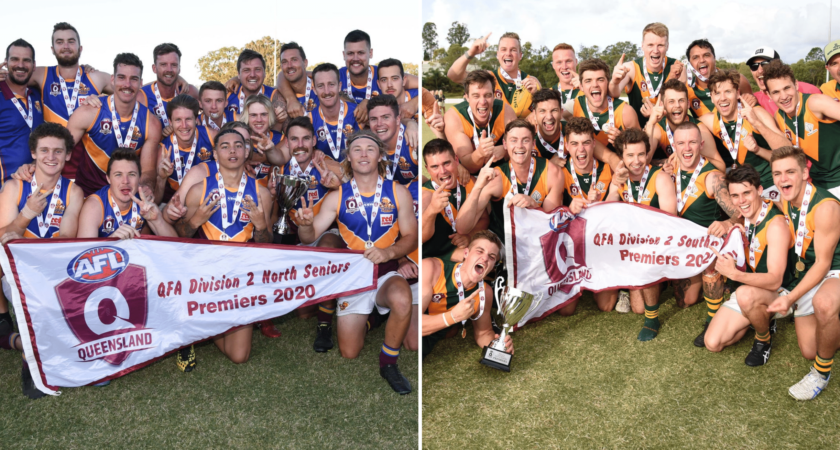 The 2021 fixture for the Queensland Football Association (QFA) QFA Division 2 North and South competitions has been released, with round one kicking off on April 10.

The QFA Division 2 South competition will comprise of 9 teams who will compete across a 16-round season with the final five clubs playing a four-week finals series, culminating in the Grand Final being played the weekend of 11/12 September.

The battle to finals will be extremely competitive this year with both 2020 Grand Finalists Victoria Point and Kenmore no longer competing in Division 2 South.

A competition restructure last year, which focussed on reducing the impacts of travel, saw the incorporation of four Northern NSW clubs into the QFA Division 2 South competition.

“Unfortunately, due to COVID-19 and several border closures last year they were unable to play against Queensland based teams,” he said.

“So we are eagerly awaiting the prospect of seeing those clubs compete throughout the 2021 season.”

The QFA Division 2 North competition will start with a bang this year, when Pine Rivers host Moreton Bay in a Grand Final rematch.

”The North Division will all be chasing Moreton Bay as they embark on the challenge of a 3-peat after success in 2019 and 2020,” he said.

“We expect to see an evenly contested competition this year, early wins might be crucial come the latter part of the year.”

The new 15 team competition will contest a 16 round season and a four-week finals series, with the Grand Final to be played on Saturday 4th September.

The Division 2 North fixture not only introduces a host of new teams including Kenmore, Yeronga, and Sandgate but also sees the return of Gympie after not playing in 2020.

ANZAC Round and Sir Doug Nicholls Round will once again be prominent marquee rounds within the fixtures, while round five and six will celebrate LGBTIQ+ inclusivity as one of many competitions across Queensland set to take part Pride Round.