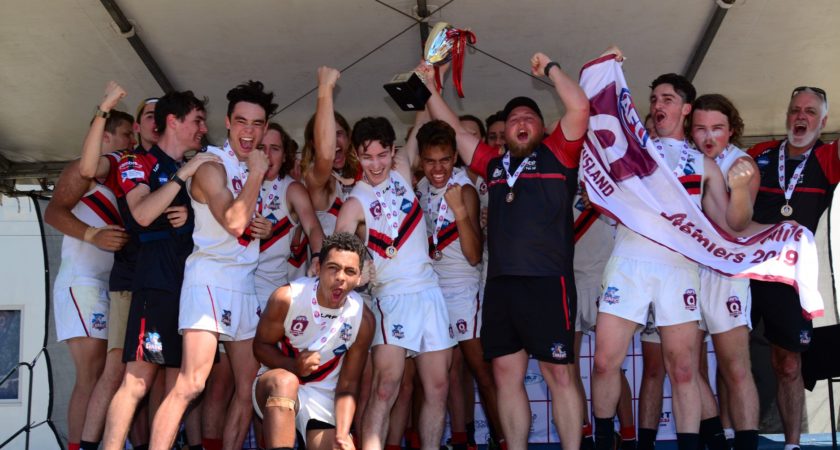 The 2020 QFA Colt’s draw has been released today by AFL Queensland, featuring 11 Colts teams in the one competition.

In previous years, the QFA Colt’s competition has been split down the middle, featuring a northern and a southern conference across South-East Queensland.

To allow for more alignments with the Senior Men’s teams, the competitions have been merged into one, to be played over nine weeks.  Each team will play eight home-and-away matches before heading into a  six-team finals campaign over three weeks.

The season’s first bounce will be on Friday July 10 at Qscan Oval, when hosts, Western Districts, take on cross-town rivals, Victoria Point.

2019 QFA Colts White Premiers Victoria Point will have to wait until Round 2 to unfurl their Southern Conference Premiership flag when they host Aspley at Ern Dowling Oval.

Two new merged sides have entered the competition this year, with Coolum-Noosa and Kedron-Grange taking on the challenge in 2020.

Coolum-Noosa will have to wait until Round 2 to be let loose on the competition, drawing the bye in Round 1.

Kedron-Grange will kick things off at home when they host Alexandra Hills-Wynnum in Round 1 at E.K. Anderson Oval.