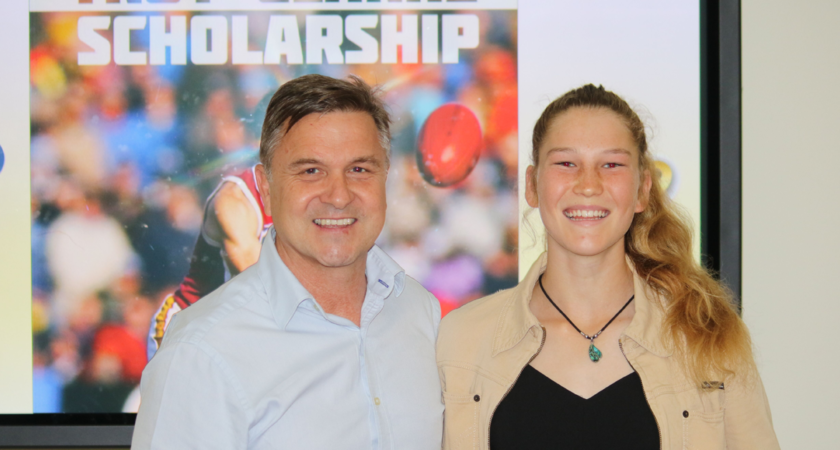 The scholarship is designed to support a young person from Regional Queensland who displays the core values Clarke embodied; dedication, passion and respect.

Alana was selected for the scholarship by the AFL Queensland Executive Team due to her dedication, passion and respect for AFL. Always present during training and game day, she also supports the game by regularly umpiring. Alana consistently shows a drive to excel in her skill development, always seeking feedback on areas she can improve.

“She is always a positive role model, who constantly engages with younger players to inspire them to be quality people and footballers.”

Upon receiving her scholarship Gee made a heartfelt speech, where she outlined her passion for AFL and future aspirations.

“”Troy Clarke had a successful professional career and like him I come from a regional town in North Queensland,” Ms Gee said.

“Troy’s career was not only through his individual sporting achievements but also his dedication to making regional kids dreams come true.

“The Troy Clarke Scholarship ensures that young players get their opportunities based on their merits and not where they live.

“This is why Troy Clarke was and still is an icon to North Queensland,” She added.

“If and when I ever score that game winning goal in the AFLW, please remember that I will be kicking it in memory of Troy Clarke.”