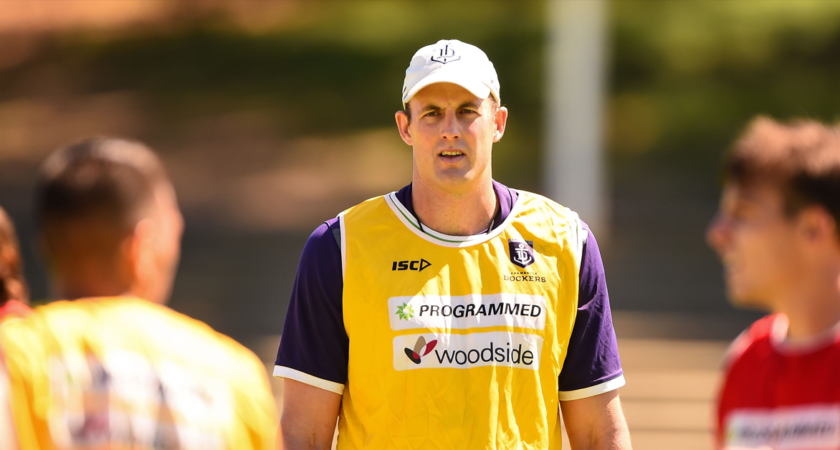 It’s going to be one of the great football trivia questions in years to come … can you name the Queenslanders who have been senior coaches in the AFL?

Michael Voss, coach of the Brisbane Lions 2009-13, is an easy one, and parochially we will claim Wayne Brittain, a Cairns football product who was in charge at Carlton in 2001-02.

But there will be an unlikely third this week after confirmation yesterday that David Hale will stand in as caretaker coach at Fremantle following the sacking of Ross Lyon.

Hale is a Coolangatta product who played with Broadbeach and was drafted at #7 in 2001.

The 201cm forward/ruckman played 129 games with North Melbourne from 2003-10 and 108 games with Hawthorn from 2011-15, and after sharing in the Hawks 2003-14-15 premiership hat-trick he has spent the past four years as an assistant-coach under Lyon at Fremantle.

Hale also claim another trivia ‘prize’ as the tallest AFL coach when he takes charge of Fremantle against Port Adelaide in the final game of the 2019 home-and-away season on Sunday afternoon.