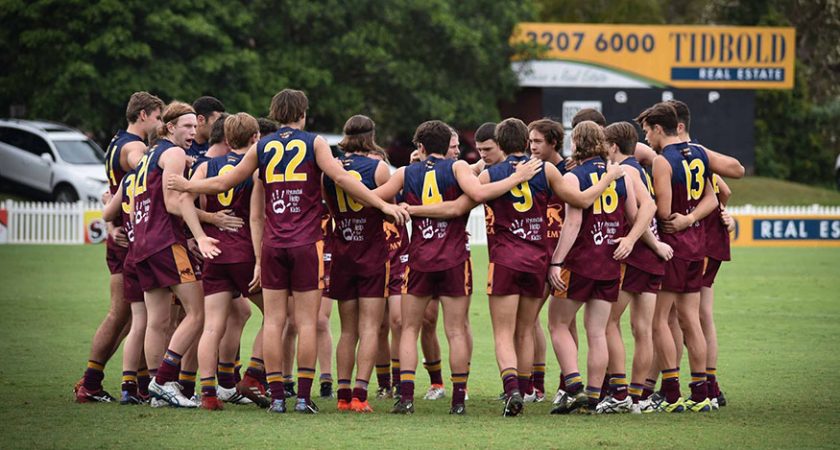 With the 2018 Academy Series less than a month away, the Brisbane Lions and Gold Coast Suns academies will face off once again this weekend.

Both the Under-18 Girls and Under-18 Boys academies will be showcased, with games scheduled for this Saturday, March 17 at Coorparoo.

Saturday’s fixture will be the second time the two Under-18 female sides have faced one another, with a curtain raiser between the two sides featuring prior to the Brisbane Lions’ AFL Women’s matches in Round 6 against Collingwood.

The Lions hold the upper hand in the contests so far, dominating in last weekend’s victory over the Suns by 37 points.

Having fielded a team almost entirely chosen from their talent zone in Northern Queensland, Gold Coast are set to unveil a team closer to home this weekend, featuring plenty of talent from the glitter strip.

The Under-18 Boys should be eager for their first hit-out against their intra-state rivals.

After testing for the respective Boys academies took place across the last weekend of February, only the Suns have had one game as a team in 2018, as they faced Penleigh and Essendon Grammar School last weekend.

As the countdown for the Under-18 Male Academy Series draws closer, kicking off in mid-April, the practice game looms as the perfect opportunity to prepare for the competition.

Gold Coast kick off their academy series against Tasmania at 10am, April 14 at Blacktown International Sportspark, while Brisbane follow suit at the same venue at 1pm, opening their series against the Sydney Swans Academy.

The Under-18 Girls Northern Academy Series is also drawing closer, with a select number of Queensland girls chosen in the team that will travel to Coffs Harbour. The competition takes place from April 6-8.