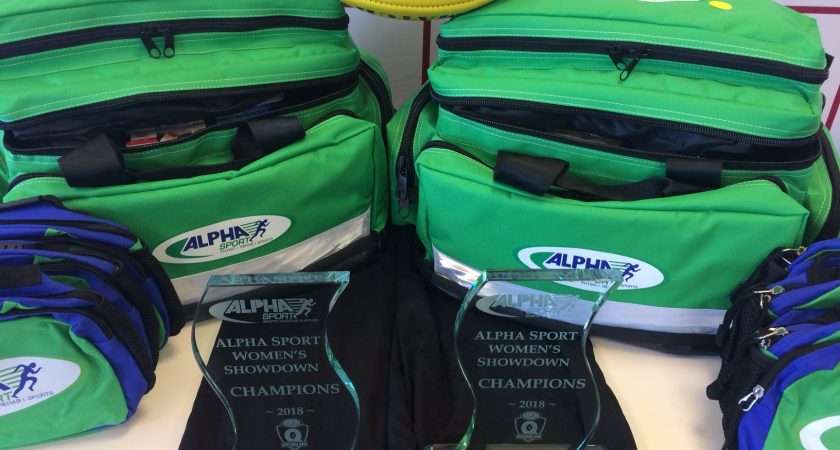 Preseason football in South-East Queensland is set to step up a notch this weekend with games for both the Alpha Sport Women’s Showdown and Alpha Sport Cup set to take place.

Across both Saturday and Sunday (March 17-18), 23 teams will congregate at Leyshon Park, Yeronga for the Women’s Showdown.

The Alpha Sport Women’s Showdown will comprise of women’s teams from the Sunshine Coast, Brisbane and the Gold Coast, allotted into two individual competitions.

All teams will play a minimum of three games on their allotted day, culminating in a finals tournament.

The grand winner of each day’s play will receive an Alpha Sport Sports Starter Pack, valued at over $500 and a trophy.

Off the field, the women’s showdown will also include a chill out zone, complete with music, massage tables and four masseuses.

Similarly, the winner of each pool will win an Alpha Sport Sports Taping Starter Pack, valued at over $1000 and a trophy.

Among the remaining teams, Maroochydore, will face Aspley at Maroochydore’s Oval 1 as the ‘Roos aim to go back-to-back in the competition.

The stakes couldn’t be higher for each remaining team with a place in their respective Grand Final’s – to be played at Yeronga next week – up for grabs.

A further six additional matches will also take place across the weekend featuring twelve teams who suffered a premature departure from the preseason competition to ensure all competing teams play three pre-season games.

Both the male and female competitions have been generously sponsored by Alpha Sport.