Lions’ last roll of the dice in AFLW blockbuster 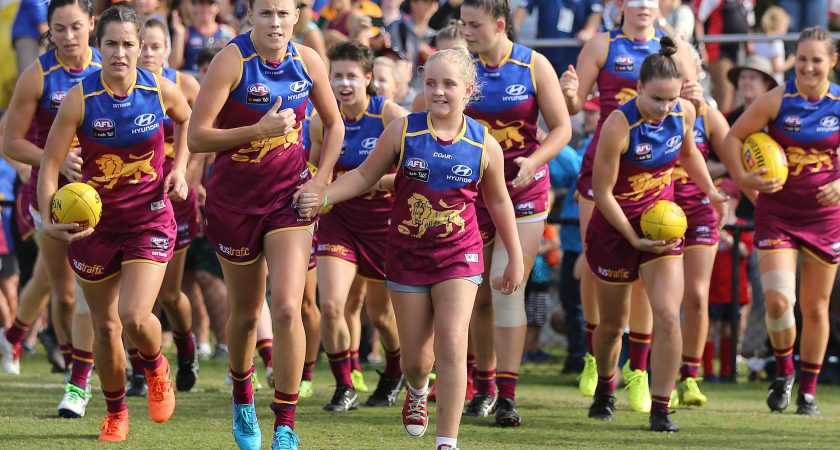 The Brisbane Lions face an uphill battle to return to the Grand Final for a second consecutive season, but if a string of results falls their way, it could become a reality.

After succumbing to a rampart Collingwood side which unleashed four goals in the opening quarter last weekend, Brisbane’s response – with premiership hopes still on the line – could define the club for years to come.

Friday night’s blockbuster against Greater Western Sydney in Blacktown is a must win.

Last season, Brisbane easily accounted for the GIANTS by 34 points, but this season’s incarnation looms far more even.

Having drafted a flurry of experienced players, including South Australian Courtney Gum and Irishwoman Cora Staunton and former Magpie Alicia Eva, the GIANTS have been among the most damaging teams in 2018.

GWS edged out premiership fancies Western Bulldogs last weekend as well as lofty wins over Fremantle and Collingwood in the weeks prior.

Brisbane however, have lost consecutive matches for the first time in competition history.

Should the Lions, likely underdogs in the contest, overcome GWS on Friday night by a big enough margin, they’ll need Collingwood to defeat Adelaide. A Western Bulldogs win over Melbourne could also help the Lions’ Grand Final case.

Percentage is an important facet to remember. Brisbane’s victory over the GIANTS needs to be large enough for their percentage to overtake that of the loser between Melbourne and the Bulldogs.

Brisbane speedster Kate McCarthy told lions.com.au the Lions have nothing to lose.

“We only play seven games in a season, so regardless of whether you can make the Grand Final or you can’t, you’ve got everything to play for in such a short season,” she said.

“We do have to rely on some other results, but if we put a good performance together on Friday night, hopefully we can take care of our side of the equation.”

“We’ve got everything to play for.”

Brisbane will field an unchanged side, featuring Rising Star nominee Tahlia Randall in the ruck, against GWS. Defender Nicole Hilderbrand will miss a second consecutive week with a head injury.

The first bounce of the blockbuster clash between Brisbane and GWS will take place at 5:05pm local time.