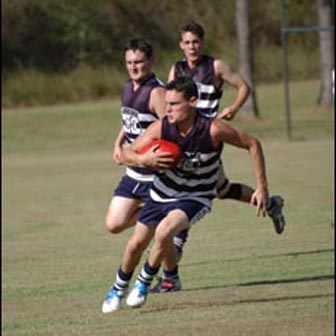 The growth of the State Association Division 3 North has been one of the success stories of grass roots football in recent seasons and the Sunshine Coast region competition continues to expand.

The competition boasted just five teams at the beginning of 2008, but is a vibrant eight-club League in 2011.

Despite the elevation of Nambour to Division 2, their loss has been compensated by the return of the Glasshouse Mountains club and the Pine Rivers Swans dropping down from Division 2.

It gives each of the State Association Divisions an even look, with 10 clubs in Divisions 1 and 2, and eight in Division 3.

It is far more workable than last season, when there was an 8-11-7 split.

“We have been conscious of streamlining our competitions in the best possible way and we believe we have got the right formula in 2011,” said State Association manager Doug Hale.

“We are particularly proud of the way the Division 3 North has grown in strength over the last three years.

“It is a great result having the Glasshouse Mountains back up and running, and Pine Rivers will add plenty to the competition.