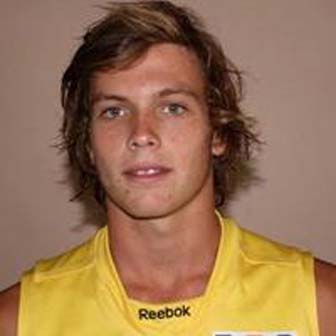 Labrador have received an unexpected bonus with gifted wingman Todd Grayson remaining at the club for the 2011 North East Australian Football League season.

However, he informed the Tigers of his intention to stay recently in what is a huge plus for last year’s grand finalists.

Grayson was surprisingly overlooked for listing by the Gold Coast Suns, despite spending the last two years with the club and performing superbly when on QAFL duties.

Despite missing a number of games to represent the Suns, Grayson still finished top 10 in Labrador’s best and fairest voting.

Impressively, he won the club’s best finals player award and not surprisingly was the Tigers’ Rising Star.

The Tigers’ ruck stocks have lost little following the departure of Spida Everitt for work reasons, with ex-Suns and Western Magpies big man Gerard Moore committing to the club.

Moore will learn plenty from being around ace ruckman Trent Knobel, while Everitt is maintaining strong links with the club and is assisting in a number of off-field roles.

Veteran ruckman Adam Cooke has decided to kick on again and will provide the back-up.

Gurcuillo enjoyed one of the best form patches of his career through the middle of last season before an untimely injury cruelled his finals prospects.

SPACKMAN BACK AT PANTHERS
LIONS OFF TO TOOWOOMBA