LIONS OFF TO TOOWOOMBA 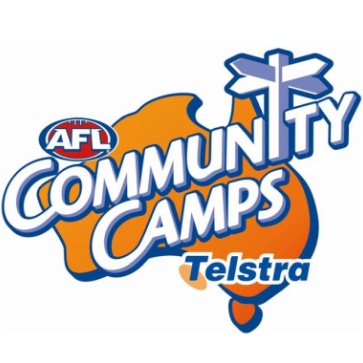 The Brisbane Lions will spend Thursday and Friday in Toowoomba this week as part of the 2011 Telstra AFL Community Camps.

The Brisbane Lions will spend Thursday and Friday in Toowoomba this week as part of the 2011 Telstra AFL Community Camps.

The Lions will head up the range to participate in various community activities, including a Super Clinic and autograph session, a ‘Best Banner’ competition, Sportsman’s Dinner, various school visits, and umpiring local junior football.

They will also visit Chinchilla by charter plane – another regional centre that was inundated by floodwaters during the January floods.

The Telstra AFL Community Camps have become a popular tradition leading into the NAB Cup as clubs visit communities throughout Australia to participate in a variety of activities.

Lions Senior Coach Michael Voss said that the camps were a great community initiative by the AFL and another opportunity for the Club to play its part in helping areas that were flood affected.

“The Community Camps allow us the opportunity to visit fans in regional areas so they can see the players up close as they prepare for the start of the season,” Voss said.

“The destruction and tragedy that Toowoomba and the surrounding areas have seen recently with the floods has made us even more keen to get there and do our bit to help in the community.”

“The impact of the floods has really touched us all, so we are more than happy to do anything we can.”

Toowoomba Mayor Peter Taylor said that the city was excited to play host to the Brisbane Lions and that the camp would be fantastic for the local community in the wake of the recent flood devastation.

“It has certainly been a tough few weeks for Toowoomba and this region in general,” Cr Taylor said.

“To have the Brisbane Lions, one of the greatest AFL teams of the decade, come to visit is something that will really add to our community spirit.”

“It will be enormously beneficial to the greater Toowoomba region to have the Lions take part in activities like the school clinics, coaching masterclass and the general interaction with the community.”

Involvement in the Community Camp will be the latest in the Lions’ flood relief efforts, with the Club actively involved in raising funds for Flood Relief.

Training was put on the backburner as players and staff visited evacuation centres in Brisbane and assisted in cleaning up in the aftermath of the floods at various houses, schools and businesses throughout flood-ravaged areas such as Moorooka, Yeronga, Sherwood and Rosalie.

The Club has also played host to a Community BBQ with all proceeds going towards the flood relief appeal, as well as collecting a truck full of supplies from players and staff to send to flood-affected areas.