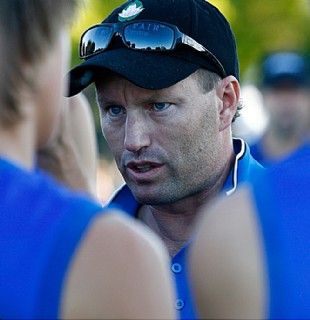 The man who played a pivotal role in turning around the fortunes of the perennial underachieving Tigers found the lure of a fulltime role in football just too hard to resist with the Cats.

A strong family man, Field walked away from QAFL football a week after last year’s grand final, jaded from juggling a fulltime job with the Gold Coast City Council with the demands of coaching.

The opening at Broadbeach was created when the highly popular Bob Walters resigned last month due to health reasons.

It was a big career move for Field, who has spent the past 20 years with the council.

“I always thought it would be great to get into footy fulltime and this was too good an opportunity to pass over,” Field said last night.

Broadbeach is in a similar position to Labrador three summers ago when former Gold Coast Stingrays coach Field was appointed coach – one that has potential but has struggled to find the key to success.

Broadbeach president Paul Rolfe, NEAFL northern conference operations manager Marty King and Field himself were at pains to point out that the majority of Field’s new role related to off-field matters.

Applicants for the position were jointly interviewed by Broadbeach committee members and King as AFL Queensland funds the position.

“There is no doubt that the greater emphasis of the club development manager role is on business development and marketing components than football,” King said.

Added Rolfe: “With these jobs it is probably 20% football and 80% sponsorship and raising funds.”

Both said Field’s presentation was impeccable.

“His identification of Broadbeach, where it sits in the market and ideas that he provided fitted in perfectly with the future direction of the Broadbeach Board,” King said.

“He has some key relationships with local government and mid-range businesses.”

Rolfe was impressed with Field’s passion and professionalism.

“Everybody knows this guy doesn’t do anything by halves.”

The appointment heralds a new era for the Cats, who have former Claremont assistant coach Matt Angus in charge of their debut season in the NEAFL, and recruited big guns Rhan Hooper, Jason Eagle and WAFL grand final player Rory Walton.

VULTURES ARE CIRCLING AGAIN
SPACKMAN BACK AT PANTHERS