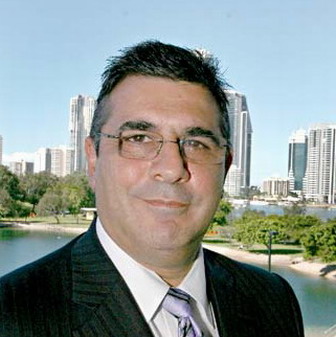 AFL chief executive Andrew Demetriou has set hugely ambitious targets of one million participants and one million AFL club members for the national competition by 2016.

AFL chief executive Andrew Demetriou has set hugely ambitious targets of one million participants and one million AFL club members for the national competition by 2016.

In an address to the National Press Club in Canberra today, Demetriou acknowledged these were bold and ambitious targets, but he said, given the growth of the game over the past five years, he believed they could be achieved.

Demetriou said this was one of the challenges facing the game over the next decade as the AFL prepared for the entry of its 18th club, Greater Western Sydney, in 2012.

“How do we continue to attract the best athletes to our game? Not just from Australia but from across the world. How do we engage the growing number of migrants from China and India and attract them to our game? How do we make our game relevant to a 10 year-old Muslim girl?”

Demetriou also said sport in schools was critical to promoting healthy lifestyles for children and other important educational, psychological and social benefits.

“But it’s too often neglected in too many schools because of too few teachers and failing facilities. In deciding how to allocate finite resources, schools often are forced to put sport last,” he said.

“The AFL believes every primary school in Australia should have a specialist physical education teacher so children can enjoy the benefits of healthy and active lifestyles from a young age.”

“Instead of trying to appease interest groups by banning soft drinks in school and advertising of fast food, governments should be investing more so children can play sport and develop good habits to take with them through their lives.”

Demetriou praised the contribution of Indigenous and multicultural communities to Australian football and says they will be a key priority for the AFL to continue to grow the game.

He said school Indigenous, multicultural and women programs would be priority for the AFL as part of investment in the game over the next five years.

He said the AFL was proud that 10 per cent of players at the elite level were from Indigenous backgrounds but the industry needed to do more to build opportunities for Indigenous people across the game.

“As Andrew McLeod said in his address to the United Nations earlier this year, Indigenous people must also be represented across the football industry. Represented at board level in AFL clubs and represented in AFL coaching ranks,” he said.

“We have to improve the pathways so Indigenous players can have the same opportunities to excel off the field as they do on it.”