Dayne Zorko To Debut For Lions 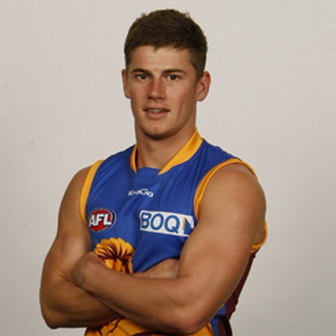 Queenslander Dayne Zorko will make his much anticipated AFL debut for the Brisbane Lions tomorrow night when they take on Collingwood at the Gabba.

A quick and gutsy midfielder, Dayne Zorko dominated the local Queensland competition for a number of years before getting his chance at an AFL career. He has the pace, skill and determination to either run through the middle, or even provide an effective small forward option.

Originally from Surfers Paradise, Zorko Captained Queensland’s U18 side in 2007, but was overlooked at the AFL National Draft.

He joined Broadbeach’s senior QAFL side as an 18 year-old and made an immediate impact with the Cats by winning the Club’s Best & Fairest award.

He went on to win four successive Broadbeach Best & Fairest awards and Captain Queensland’s U21 side – but repeatedly failed in his attempt to find his way onto an AFL list.

But an outstanding season in the NEAFL, which culminated in him winning the 2011 Syd Guildford Trophy as the Football Record Player of the Year, put Zorko back on the AFL recruiters’ radar.

Arguably most significant was his brilliant four-goal performance in Queensland’s narrow loss to Western Australia which also netted him the Zane Taylor Medal as best afield.

He also finished just one vote shy of securing the 2011 Grogan Medal – which incidentally, was his third top 10 finish in the competition’s highest individual honour across the past four seasons.

Zorko was eventually snapped up by the Gold Coast SUNS as a Queensland Priority Selection, before then being on-traded to the Brisbane Lions in exchange for Pick No.34 in the 2011 AFL National Draft.

The Brisbane Lions Vs Collingwood match kicks off at 7:40pm. For tickets visit www.ticketmaster.com.au