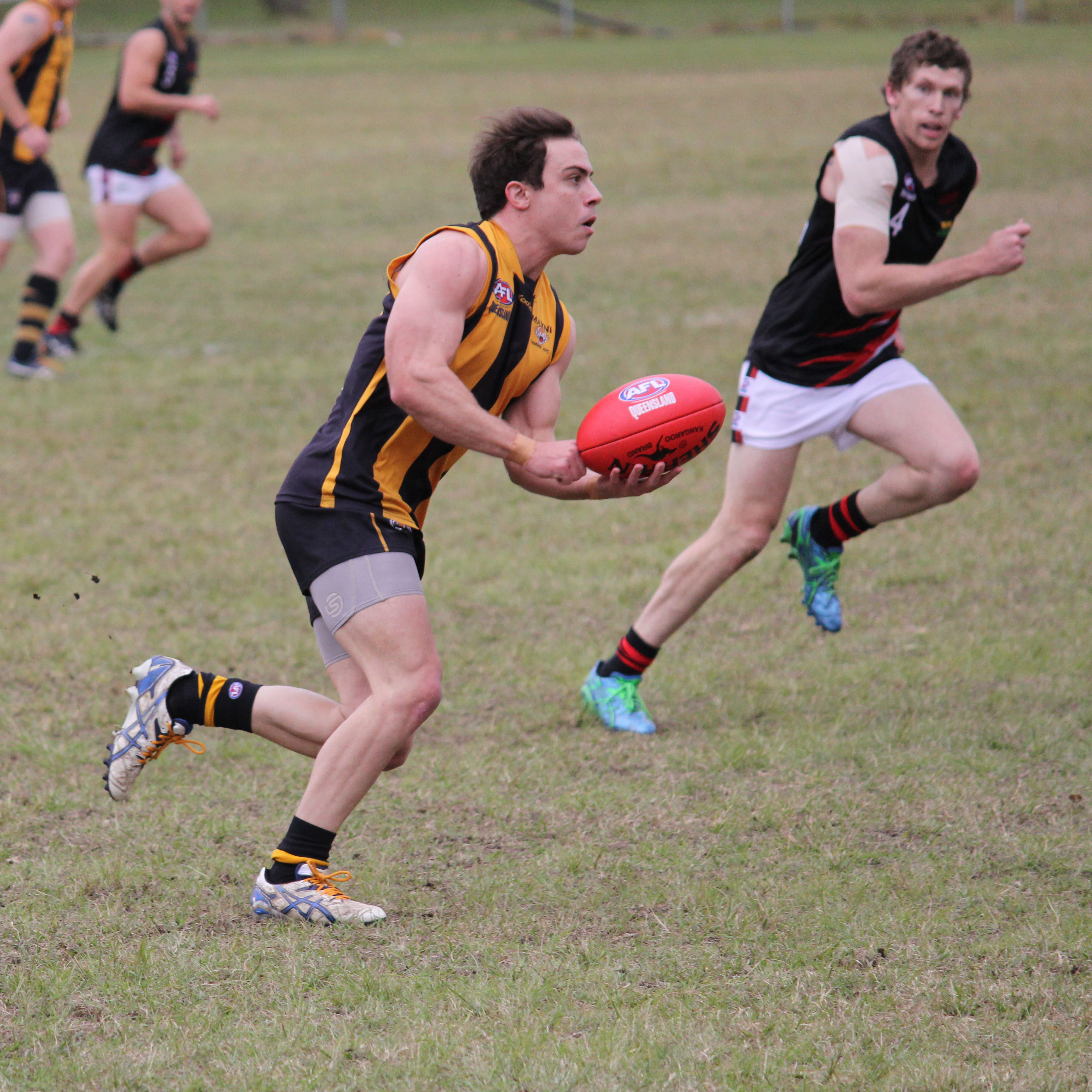 If offence wins memberships and defence wins premierships, then Mayne’s Corbin Sellen might just have the best of both worlds.

The Tigers’ small forward was instrumental in his side’s 81-point win over Burleigh on Saturday, with his intense defensive pressure.

Coach Mitch Ferguson was glowing in his praise of Sellen after the match, describing his efforts as “outstanding.”

Sellen finished with one goal for the match, but it was his effective tackling that stamped his influence on the game, stopping plenty of Bombers’ rebounding attempts.

The 23 year-old said he was happy to contribute to his side’s victory, despite not necessarily racking up the possession stats on the day.

“I didn’t get much of the ball but the defensive pressure was alright,” he said.

“I pride myself on those type of things, so yeah it was good.”

The former Darling Downs junior played a season of senior footy in 2008, before taking an extended break from the sport.

Returning to Mayne to play with friends, Sellen found it tough to crack Mayne’s top side, but this season has played almost every senior game and is loving every minute.

“It’s good to be in Brissie and playing footy,” he said.

“I struggled a bit, last year, to sneak into the team but I’ve played basically every game this year, so it’s been very good.”

Sellen said having plenty of friends around the club made the transition to the Tigers pretty easy.

“I’ve got a few mates that play here so they wanted me to come down and play,” he said.

“It’s good to have those guys here.”

And with the Tigers well and truly in the hunt for September, Sellen said he was eagerly anticipating the final six rounds of the season.

“We’ve got a few injuries so it will be good to get them back after the bye,” he said.

“It will be good to regroup and get those guys back and charge into the finals.”