Preseason kings to be decided in Alpha Sport Cup Finals 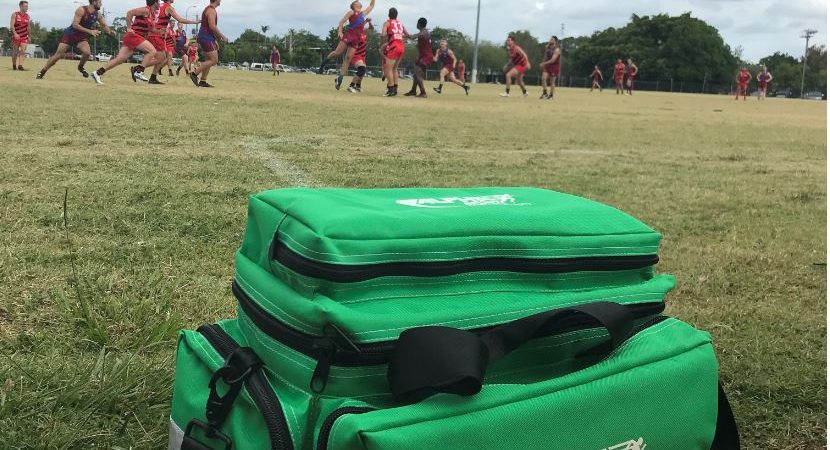 The Kings of the QFA preseason will be decided this weekend with four teams across the South-East competing in the men’s Alpha Sport Cup Finals.

Each Grand Final winner will be crowned the champion of their respective pool and will receive an Alpha Sport Sports Taping Starter Pack, valued at $1250.

Once again, Alpha Sport has generously sponsored the preseason competition, strengthening the ties between AFL Queensland and the sports supplier.

Pool A’s Grand Final will pit Sunshine Coast rivals Maroochydore and Caloundra against one another at Maroochydore Multisports Complex.

The two sides have a storied history in QFA competition and have the opportunity to add another this weekend.

Maroochydore remained undefeated in their preliminary games, with confident victories over Aspley and Mayne and another two-point win against the Panthers, which was enough to see them through to the big dance.

Caloundra suffered their only defeat at the hands of the Roos last weekend but wins against Mayne and Aspley paved the way for their grand final berth.

The Bullsharks remained undefeated throughout their Pool B matches and advanced to the second weekend by chalking out wins against Coomera, Beenleigh and Coolangatta.

Much like Caloundra in Pool A, Victoria Point suffered a loss in the opening round games, this time at the hands of Yeronga as the Sharks opted to field a side brimming with youth but bounced back with wins against Kedron and Kenmore to secure their place in the Grand Final.

Victoria Point Chairman Nic Aldridge said the support from Alpha Sport throughout the preseason was pivotal to ensuring the financial sustainability of clubs.

“Alpha Sport have been a great supporter of local sport for a number of years and specifically this preseason competition.”

“We are a club who rely on players fees to ensure we are supported off field, so the Alpha Spot pack would be of great assistance to start our 2019 campaign.”