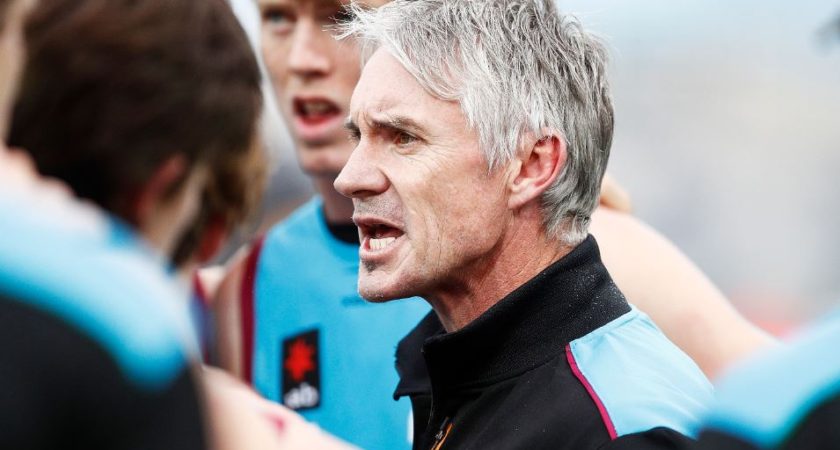 Fletcher, who is currently the Academy and High Performance Coach at AFL Queensland, will line up for the All Stars once again against rivals Victoria in the name of prostate cancer.

“I’m eating plenty of carbs and doing a lot of training to get ready,” he joked.

The EJ Whitten Legends Game aims to raise money for the EJ Whitten Foundation and increase male awareness of their own general health, something Fletcher says is a key motivator for the game.

Each year, approximately 20,000 new cases of prostate cancer will be detected in Australia.

“It’s a great cause. I’m getting into that age bracket now so you obviously have to be aware of it.”

“If you can promote it in a positive way so people will go and get checked and then to raise money to support the foundation is a great initiative.”

Since retiring from AFL football in 2001 following a 13-year tenure which spanned five different clubs and 231 games, Fletcher has in recent years become a key component of the Queensland footballing landscape.

From 2007 to 2013, Fletcher served as an assistant coach at Brisbane – the same club he played 107 games for with the Bears and Lions.

Fletcher has played in most EJ Whitten Legends Games over the past decade including 2006, where he famously took a speckie in the game’s standout moment.

“EJ was a beacon of Australian Rules Football the way he played.”

“To get in behind a good cause – I really enjoy it. It’s always played in good spirits and everyone has a good time.”

The 2018 All Stars side will be coached by Australian Rules Hall of Fame Legend Malcolm Blight and for the first time since 1999, the game will be played at Adelaide Oval.

And for Flecther, the chance to play with and against players he has crossed paths with his career in the sport adds an extra windfall to the game.

“Adelaide people love their footy. I’ve never played at the new Adelaide Oval so that will be fun,” Fletcher said.

“I always like having Andrew McLeod on my side – he’s just a Rolls Royce.”

The game will be broadcast live nationally from 7.30PM AEST on Channel 7, 7mate and Fox Footy. Telstra will also stream the match live via the AFL Live App.

Tickets for the Chemist Warehouse EJ Whitten Legends Game are available to purchase via ejwhittenfoundation.com.au/tickets