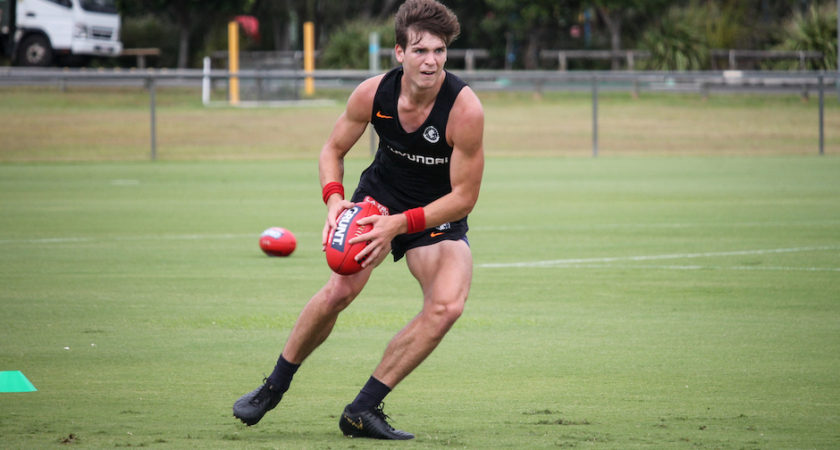 A third of the AFL’s teams will descend on the Sunshine Coast for their 2020 pre-season camps, injecting at least $400,000 into the local economy.

Hawthorn, GWS GIANTS, Western Bulldogs, Melbourne and Carlton Football Clubs plus a sixth club, yet to be announced, will use the Maroochydore Multi Sports Complex facilities for their training camps.

Hawthorn and GWS GIANTS will both hit the Coast before Christmas for their camps while the Western Bulldogs, Melbourne and Carlton arrive after Christmas. A spot for the sixth club is still being negotiated.

“It is a wonderful result for the Sunshine Coast to have one third of all AFL clubs choosing our region as the destination for their camps and why wouldn’t they? With our beautiful climate, world-class beaches and outstanding facilities, it is not hard to see why the Sunshine Coast is a popular choice for our elite football clubs to knuckle down for a solid training base before the season starts,” Cr O’Pray said.

“The economic benefit to our region is significant, with the camps to generate an estimated $400,000-$450,000 for the Sunshine Coast economy – clubs travel here with about 80 players, coaching and administration staff and buy food locally and stay in our hotels.”

“Visiting the Sunshine Coast for their pre-season camp has become an annual tradition for many of these clubs and these state-of-the-art upgrades will help ensure many other elite clubs follow suit in the future,” Cr O’Pray said.

“The additional facilities also mean we are able to host multiple clubs simultaneously.”

Carlton Head of Football, Brad Lloyd said the club was looking forward to returning to the Coast.

“For a number of years now we have travelled to the Sunshine Coast for our annual pre-season training,” Mr Lloyd said.

“It is a great location each year for our football club to step up its preparations for the upcoming AFL season.

“Our players will be working hard during field sessions at Maroochydore Multi Sports Complex and taking full advantage of Mooloolaba Beach with intensive training sessions as well as beach recovery.

“These camps are important to put in the work, but also to come together and build connections within our playing group – the Sunshine Coast provides us with the opportunity to get away together and build strong relationships that will hold us in good stead for the season.”

GWS GIANTS general manager of football, Wayne Campbell said the club had held its camp in Noosa before but was looking forward to training in Maroochydore for the first time.

“We thank the Sunshine Coast Council for their support and look forward to using the Maroochydore Multi Sports Complex for this important pre-season training block,’’ Mr Campbell said.

Each club will have an open session where the community can attend to watch training. Details of each open session will be confirmed in late November. Keep an eye on council’s Facebook page or the clubs’ websites and social media channels.