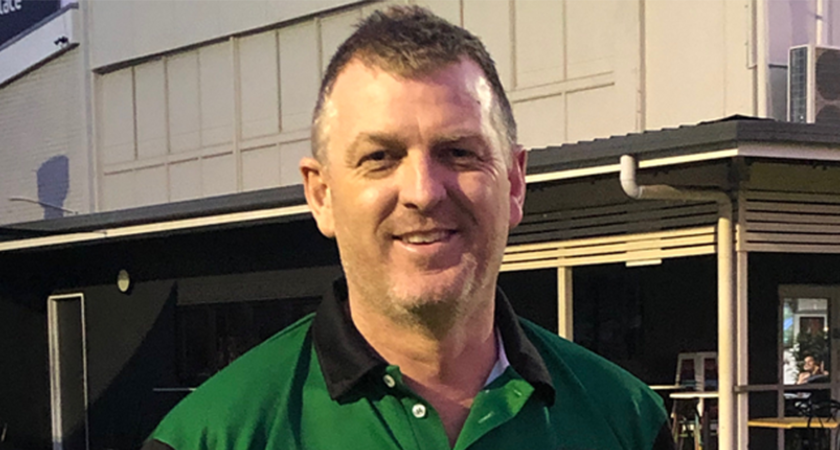 Former Aspley NEAFL assistant Peter Ryan is under no illusions about what lies ahead for him after accepting the head coaching role at QAFL wooden spooners Sandgate.

It will be a tough gig, the former Tasmanian player said, but he is rolling up his sleeves readying for the challenge coming up at Lemke Road Oval.

Ryan is replacing three-term coach Jarad Marsh at Sandgate in what is a south-east Queensland football version of hit movie Trading Places because Marsh has a new role as an assistant at Aspley where Ryan spent six seasons in a similar role under John Blair.

Ryan, who goes by the nickname of ‘Spear’, one he inherited in his playing days with Glenorchy and Clarence in the Tasmanian Football League, understands the role he is set to play in getting the Hawks away from the cellar.

“Obviously I am aware of the lack of success at the club so I come into the role with my eyes wide open,” said Ryan.

“I understand over the past few years the club has hit some pretty low points.

“But it’s the challenge of creating a better, stronger club – I’ve always told my players to challenge themselves.”

Since the QAFL competition was revamped in 2014 – when the Hawks were elevated back into state leagued – Sandgate have found successes difficult to come by.

The Hawks have always had plenty of young talent but a lack of resources to bring in some badly-needed experience to the playing ranks has hamstrung the club.

For instance, in the season just past, the Hawks had four teenagers nominated for the Rising Star Award.

This is one of the major reasons why Ryan has come on board. He has had a lot of experience with talent programs with Aspley, the Brisbane Lions, Queensland rep sides and the Brisbane North under-16 program where he was involved this year.

“So I have had a lot to do with the kids in the Sandgate catchment area and that was probable one of the reasons I took on the coaching role,” said Ryan.

“I felt they had a lot of kids coming through the system and I also felt a lot of responsibility for these kids get the best coaching possible.

“As well, Aspley need a strong Sandgate. I recognise Sandgate have struggled and so it’s time to help develop footy there to compliment Aspley’s NEAFL program.”

“But it is one with a lot of opportunities,” said the Hawks boss.

Sandgate will be operating without the backing of a social club after their facility at Lemke Road Oval was sold.

“We’re reviewing how we fund the footy department, especially now we are not a sporting club,” said Albury.

“Where will the funding come from? We have arrangements, like a lot of the other clubs, but we are definitely looking for a lot of volunteer help.”

Life under Peter Ryan begins on Thursday with the first off-season training run.

By the time the 2020 season comes around the Hawks hope to have brand new change rooms as well as new coaching boxes in place.