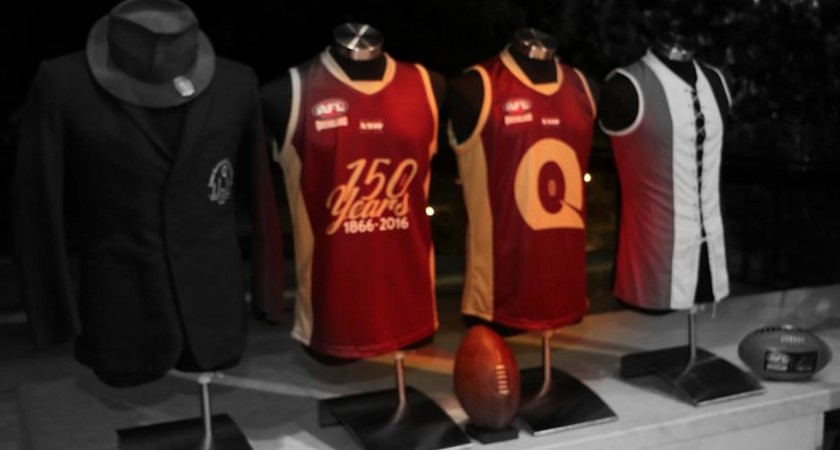 AFL Queensland launched the 150-year celebrations of footy in Queensland and season 2016 on Wednesday night at the State Library of Queensland.

Over 100 members of the Queensland football fraternity, including coaches, players, volunteers and multicultural ambassadors had the chance to meet and mingle before the season proper gets underway, 150 years after the first game was played in the state (HYPERLINK TO 150)

He spoke about it as an opportunity to celebrate the history of our clubs.

“Queensland football has its roots in community clubs. AFL Queensland is committed to ensuring the health of our clubs and determined to ensure that community football clubs are at the heart of every community,” Warren said.

He highlighted some of the key events around the 150 year celebrations this year, which include:

Warren also spoke about the outstanding growth results in 2015.

“Participation grew by 20 per cent. It’s a remarkable figure, but one that is
meaningless unless we have flourishing clubs and flourishing competitions,” he said.

“Queensland is also a leader in female football, with a third of all our participants, women and girls.”

He concluded by thanking the people that make all of these results possible.

“There is so much to look forward to this year, but none of it would be achievable without our dedicated, passionate and committed volunteers, and their amazing contribution to our great game and the people that participate in it,” Warren said.

“On behalf of AFL Queensland, I would like to sincerely thank everyone for your support and wish you a great season 2016.”

Following the presentation, guests spent the rest of the night enjoying the stunning views of Brisbane from the terrace, and looking through the souvenirs of eras passed.

The night was a perfect lead in to round 1 of community football, with the QAFL, QFA South, QAFA (A), QAFA (B) Central, Sunshine Coast and Northern Rivers, and Colts competitions getting underway this weekend.

Photos from the night can be found at https://www.facebook.com/AFLQUEENSLAND/

For more information on the 150 year celebrations, https://aflq.com.au/aflq150/