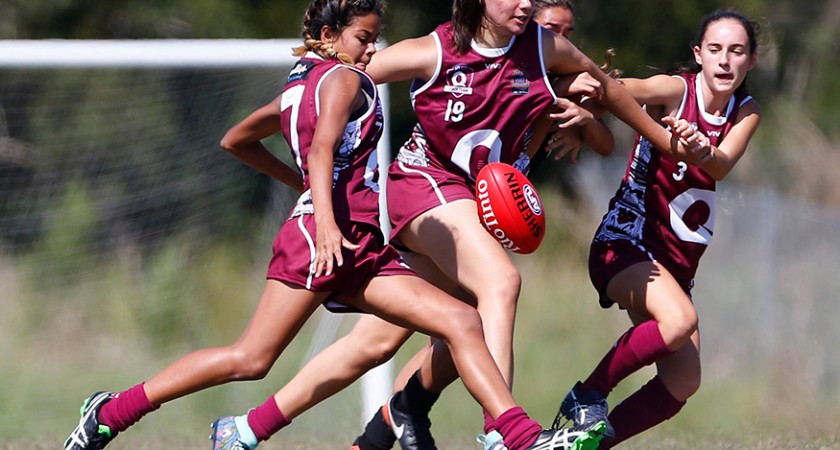 Ten Queenslanders have been selected in the Rio Tinto Woomeras and Medleys squads, after the National Diversity Championships finished up last week on Friday at the Cavanbah Centre in Byron Bay.

Players were selected based on leadership skills as well as football ability and will take part in two week-long programs throughout the course of 2018.

The Woomeras is a program supported by Rio Tinto that focuses on personal development and leadership, for Aboriginal and Torres Strait Islander young women between 14 and 16 years old.

“These are more than just programs, we are now preparing the next generation of young leaders and footballers with the skills, qualities, and experiences to become positive role models amongst their own families and within their broader communities,” said AFL General Manager Game Development Andrew Dillon.

Over 200 participants from Indigenous and Multicultural backgrounds came together to compete at the tournament, which includes the U15 Kickstart and National U15 All Nations Cup and features teams from all states and territories.

Representing Queensland, the All Nations side won four of their six games with one loss and one draw, while the Kickstart side lost just two of their six. Percentage was the reason behind both sides falling just short of a finals campaign.

Rio Tinto is the principal partner to all of the AFL’s Indigenous Programs. Rio Tinto is one of Australia’s largest employers of Indigenous people, employing some 1600 Aboriginal men and women across the nation.