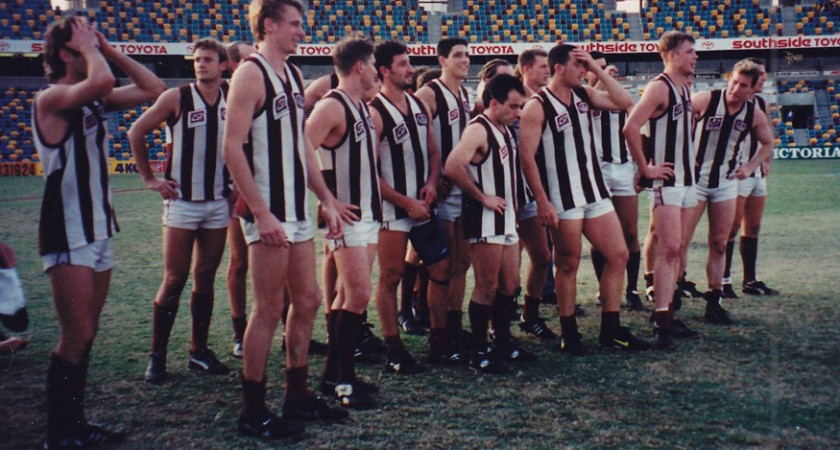 Nearly 20 years ago to day, the West Brisbane Bulldogs broke an 18-year premiership drought to claim the 1996 QAFL Premiership. Now, they are inviting everyone involved to come and relive it.

On October 8 at the Story Bridge Hotel, West Brisbane will hold their 20-year Premiership reunion, where they hope past players, coaches, support staff, family and friends come and reminisce on their big day.

Expect a few classic stories to be told across the bar, most notably about the game itself.

Two weeks before the Bulldogs met Mt Gravatt in the big game, the Vultures got the job done by eight goals in the second semi final.

At half time of the Grand Final, West Brisbane were four-goals down and the signs weren’t good.

But a stirring half-time address from playing coach Danny Craven and a few positional moves, like AFL Queensland Hall of Famer Max Hudghton to centre-half-forward, saw the Bulldogs kick 13 goals to one in the second half, and storm home to a flag.
The game was played at the Gabba, which one the last Grand Final played there in the state league, and televised on Channel 7.

Craven said it was a special day for all involved for a number of reasons.

“It was the first senior premiership for a lot of us, and the club hadn’t had much success. In fact, it had been on the bottom of the ladder the year before, so we went from bottom to top, which made it all the more special,” he said.
“None of the players got paid back then, we were very much an amateur club, and the boys were there for the right reason.

“When clubs win their first premiership after a lot of years, it’s more special. When you have come from the bottom in previous years, there is no doubt it is much sweeter.”

What that win did, was create an instant bond between everyone involved; a bond they will celebrate in a few weeks.

“For a lot of us, myself included, that was our first senior premiership, so I guess we treasured that a bit more than people who are used to winning them,” Craven said.

“Especially because the club isn’t around anymore. The club folded a year later, so when you think about it, it was a pretty big win.

“You want to win them so you have this lifetime bond you continue to acknowledge and celebrate, because there are plenty of years where you don’t get to win.”

And that means catching up with a few familiar faces that might not be around all the time.

“I think we all are looking forward to it. There are a lot of players who are split over Australia now. Half the group is probably still based in Queensland, but the other half is all over the place, so it will be great to see everyone,” he said.”

Tickets and info around the event can be found HERE 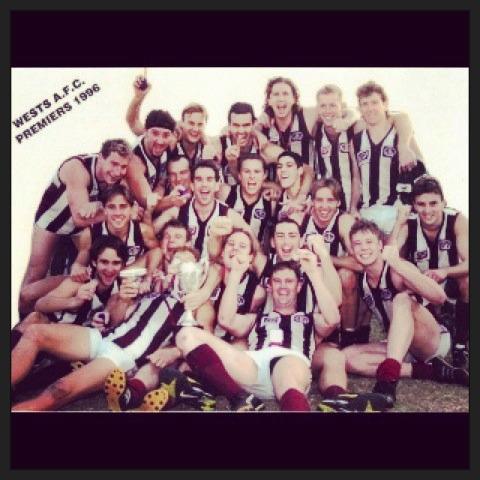 *The West Brisbane Football Club disbanded at the end of 1997. The Western Magpies were formed in 1999, and took over representation of the Western area of Brisbane in the State League.