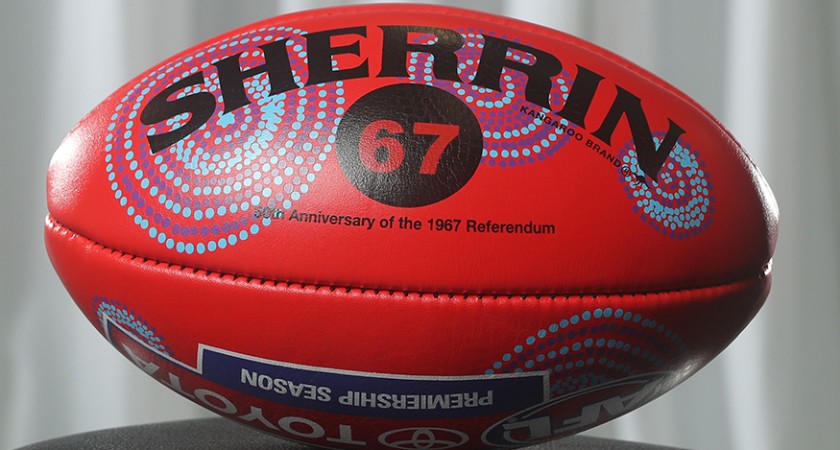 In conjunction with the Sir Doug Nicholls Indigenous Round this week, match balls designed by former Essendon Brownlow medalist and Port Adelaide star Gavin Wanganeen, will be deployed at several QAFL and QFA games throughout the South East Queensland area.

The footies, featuring the number 67 in recognition of the 50th anniversary of the 1967 referendum, are the same balls that will be used at AFL level over the weekend. 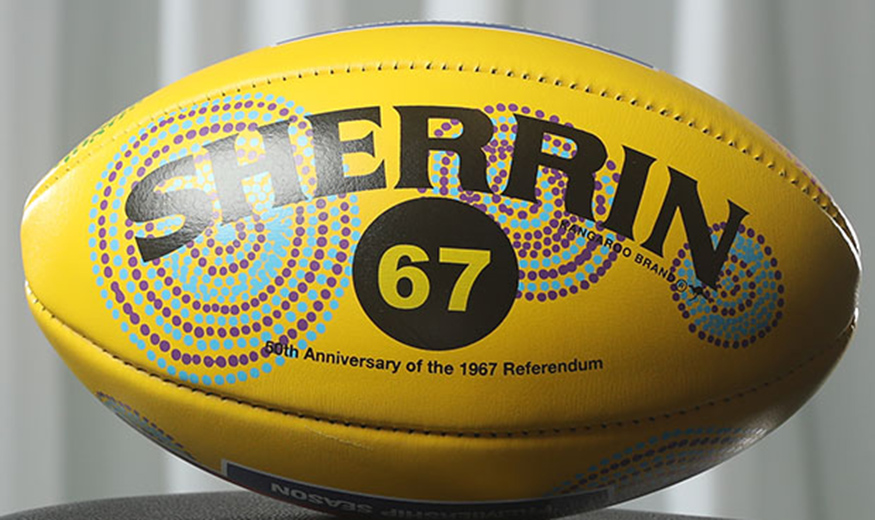 MELBOURNE, AUSTRALIA – MAY 12: Daniel Rioli poses during the AFL Record Cover shoot at AFL House on May 12, 2017 in Melbourne, Australia. (Photo by Scott Barbour/AFL Media)

In keeping with the Indigenous theme, both the aboriginal and Torres Straight Islander flags will be used as goal flags at various matches, at different levels of SEQ football.

A number of clubs will be supporting the round by donning Indigenous guernseys including the Mt Gravatt Vultures and Springwood Pumas. Springwood’s guernsey has been designed specifically for the 2017 Indigenous round by former Brisbane Lions player, now Springwood Puma Rhan Hooper and his family.

When the Pumas take on the Coorparoo Kings at Lowe Oval on Saturday at 2pm, parts of the field will be painted in the Indigenous style, including flags in the goal squares, coloured 50-meter arcs and centre circles.