Wagner Brothers together at Melbourne 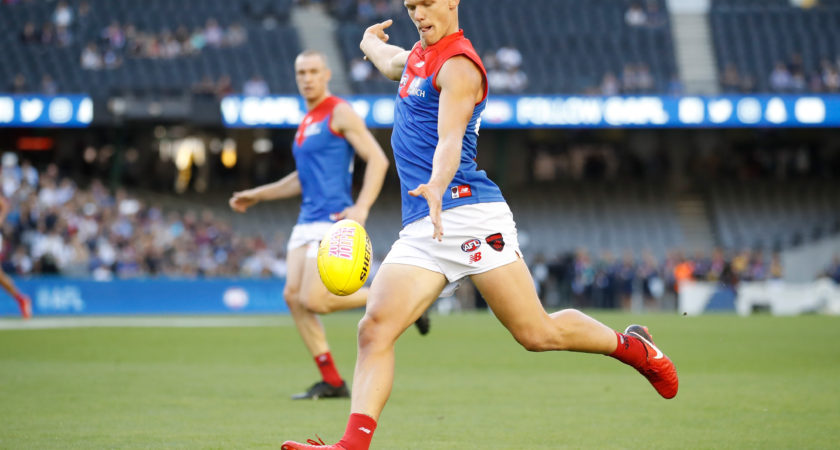 Brothers Josh and Corey Wagner tonight will take a boyhood dream born in suburban  Bracken Ridge onto to the biggest AFL stage of all at the MCG.

Having grown up kicking the footy together in the back yard of the family home they will play together for the first time in the AFL in a Friday blockbuster at the ‘G’.

A crowd of up to 80,000 is expected to see the Wagner boys and Melbourne take on Essendon in a Round 3 match of epic proportions and monumental significance.

Melbourne, preliminary finalists last year and expected to improve again this year, have started with two poor losses by 26 points to Port Adelaide at the MCG, and 80 points to Geelong at Kardinia Park.

Essendon, also tipped to be finals contenders, have started 0-2 with losses to GWS Giants by 72 points in Sydney and by 11 points to St.Kilda at Marvel Stadium.

Simply, neither can afford another loss.

So what did Melbourne coach Simon Goodwin do at selection last night? Having lost defender Steven May to injury and decided to leave out Tom Sparrow he called in the Wagner brothers.

Corey, delisted by North at the end of 2017, had earned a second crack at the AFL after an outstanding 2018 season in the VFL with Casey, the Melbourne affiliate club.

Signed by the Demons as a Supplementary selection in November after the draft, he did extra well to win a spot in the Melbourne side for Round 1, and was a surprise omission in Round 2 after a more than respectable first outing.

Now, having played together at Aspley in the NEAFL in 2015 and last year with Casey in the VFL, the Wagner boys will become the fourth set of Queensland brothers to play together in the same AFL team, and the second set to play together for a team outside Queensland.

Two of the other three are well known. Michael and Brett Voss played 26 games together in 1997-2000, including three finals, before they were split by Brett’s move to St.Kilda, and Dayne and Clay Beams played 17 games together at Brisbane from 2015-17 before Clay’s retirement.

The third siblings to play together in the same AFL team is a great trivia question.

They were twin brothers, born on April Fool’s Day 1978, and made their AFL debut together in Round 1 1996 two days short of their 18th birthday.

They had a brother three years older who at the time had played 30 games at the beginning of a career that later reached 160 games and three preliminary finals with two clubs.

Still thinking? They wore the same jumper as the Wagner brothers will wear tonight.

And David was drafted by Melbourne from Wesley College with a compensation selection in the 1995 Pre-Season Draft received after competition newcomers Fremantle had taken Jason Norrish from the Demons.

Finding themselves together at Melbourne under coach Neil Balme, they were thrust into the Round 1 side by coach Neil Balme in a Friday night game against Geelong at the MCG.

Melbourne were beaten by 127 points as Cats superstar Gary Ablett Snr kicked 9-6 to outscore the Demons on his own.

David also played one game in 1997, while Donald played nine games in three seasons, but sadly the Round 1 clash of 1996 was the only time the twins played together in the AFL.

The Voss, Beams, Wagner and Cockatoo-Collins brothers make up half of Queensland football’s brotherly fraternity.