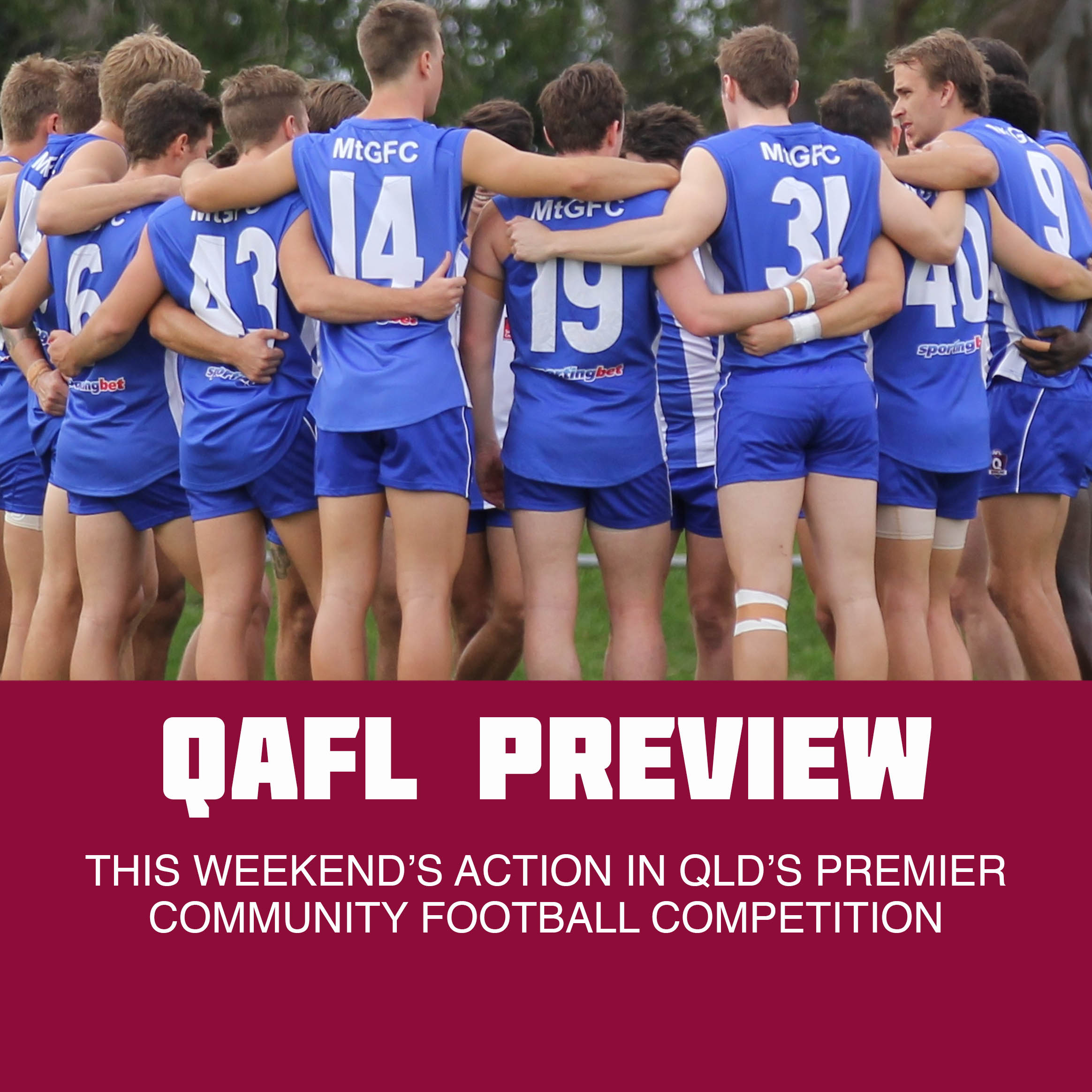 “As a senior player I realise how important this game is and if we lose, what do you get out of the last few weeks?”

“Yeah, you have fun playing footy, but ultimately it comes down to wins and playing finals footy – that’s what I want and that’s what the other guys want too.”

Trewhella said he was confident his side would rebound after a disappointing loss to Palm Beach last weekend.

“Last weekend we went away from a lot of the stuff we’ve been focusing on , it was a pretty weak effort,” he said.

“The guys I’ve picked this week are the guys who’ll listen and do what’s right.”

Defender, Henry Leong, returns from state U18 duties for the match, with Kris Jahnke and Scott Waters also coming into the side, while ruckman Ben Haire has been called up to the Aspley NEAFL team.

Mt Gravatt can stitch up fifth place with a win and Vultures coach, Brad Pollock, said they will be ready to take the opportunity.

“They’re pretty switched on for this game and it feels like some of the younger players a re starting to peak again, which is good,”he said.

“If we can knock out Wilston Grange and Morningside take care of Surfers, that gives us a little buffer.”

Troy Rogers is set to return to the side after 10 weeks out with a broken hand, while Brenton Saunders also comes into the side or the must-win clash.

A beefed up Labrador side will be wary of a UQ outfit high on confidence at Cooke-Murphy Oval tomorrow.

Matt Daniel and Jesse Ridd will be handy inclusions for the Tigers in their returns from injuries, after making it through a reserves match last weekend.

Tigers coach, Steve Daniel, said the group would be helpful additions to the team, but they would not be resting their chances of success on the quartet’s shoulders.

“They’re going to add a fair bit, but they’ve also missed a lot of footy,” he said.

Daniel said they would certainly be cautious of UQ, coming off their second win of the season.

“They’ve got no pressure on them at all ,nothing to lose,” he said.

“They’ll have a fair dinkum crack and if they’re in the game they’ll keep going and have a crack.”

Red Lions coach, Matt Stewart, said there would be no magic change after their win.

“For us there’s nothing special, it’s just the exact same things again,” he said.

“One thing we have been working on is the difference between our best and our worst football.”

There’s only one change for the side this weekend, with youngster Scott Miller coming in for Tom Warby.

Palm Beach has welcomed a swathe of players into its side, ahead of tomorrow’s clash against Sandgate.

The Lions will have Southport trio, Liam McNeven, Sam Haslem and Stephen Thynne in their side, while Thomas Thynne and Blake Schneider also return to the team.

Spearhead, Bryce Perry-Bolt, has been named to make his return for the Lions, in what would be his first match in six weeks.

Palm Beach assistant coach, Chad Owens, said the side’s inclusions would give them some crucial run, against a hard-running Sandgate outfit, who have caused headaches for the Lions before.

“They actually troubled us a lot (last time) and took the game on and it really took us until about the 15th minute of last quarter to get them last time,” he said.

“Having extra players with that run and carry should be (helpful).”

Sandgate coach, Ian Carter, is feeling optimistic after a far-improved effort from his side against Broadbeach last weekend.

“There is a good feeling and a unity (around the team),”he said.

“We’ve had a buy in on what we’ve wanted to achieve…and that’s from A-grade all the way through the club.

Carter said he had given the players license to take the game on tomorrow.

“At the end of the day, we’ve got nothing to lose,” he said.

Brendan Colch and Blake Hartley come into the team for the Hawks, with Ben Beaven (SUNS reserves) the major absence.

Surfers Paradise coach, Beau Zorko, says his team will be focused on shutting down Morningside, when they clash tomorrow.

“They’ve got match winners all over the ground and you can’t put stoppers and taggers on 22 players,” he said.

“The biggest element is when they do happen to get a bit of a run on, and you’ll always have those momentum swings.

“It’s important for us to stem that and neutralise as quickly as we can.”

Cassidy Haberfield, Regan Salter and Dane Grant come into the surfers Paradise, in what are three very helpful additions to the Demons team.

“One thing is that extra bit of class and polish,” Zorko said.

“Dane can play wing or forward, Reggie is a class midfielder and Cass gives us that grunt.

“All three bring different things and as a whole they make us a stronger unit.”
While Morningside doesn’t have a finals spot on the line, coach David Lake said

Nathan Kinch’s 150th game would give the side all the motivation it needed.

“He (Kinch) never misses training, never looks for an excuse, is always motivated and he is the consummate professional,” he said.

“Morningside do milestone games as well as any club.”

Josh Brown will have to wait another week for his 100th game, after suffering a corked quad, while Blane Delbridge (ankle) will also miss, paving the way for Lachie Russ and Daniel Daye to return to the Panthers team.

Broadbeach coach, Wayne Petterd, isn’t sure what to expect from the Western Magpies tomorrow, but he says his side will be ready for whatever they bring.

“They’re always a danger side and you’re never quite sure what Magpies side you’re going to get,” he said.

“Last time we played, they played a congested game and that doesn’t suit our style.

“Even when we play our best footy, we seem to lose momentum (against that congested style), it’s that sort of footy that slows us up.”

The Cats will field two debutants in their side tomorrow, with Troy Sutherland and Jordan Waters, while Matt Fife and Max Spencer will miss, and the pair will certainly bring two different elements to the team.

“Jordan won the U18s best and fairest last year and he’s a tiny kid, probably should have been a jockey,” Petterd said.

“He’s worked hard and his form’s been consistent and he just doesn’t’ know how to give up.”

“Troy is a bigger-bodied player and he probably would have had a chance sooner, but he did a hamstring.”

Magpies coach, Glenn Humphrey, said his focus would be on stopping the Cats’ damaging outside run.

“We expect them to get on the outside and be a fast running side and attempt to keep them on the inside.

“Some of the guys we’ve brought in have got a bit of leg speed, so it should be an interesting contest.”

QAFA (A) Finals kick off
UQ searching for QWAFL redemption