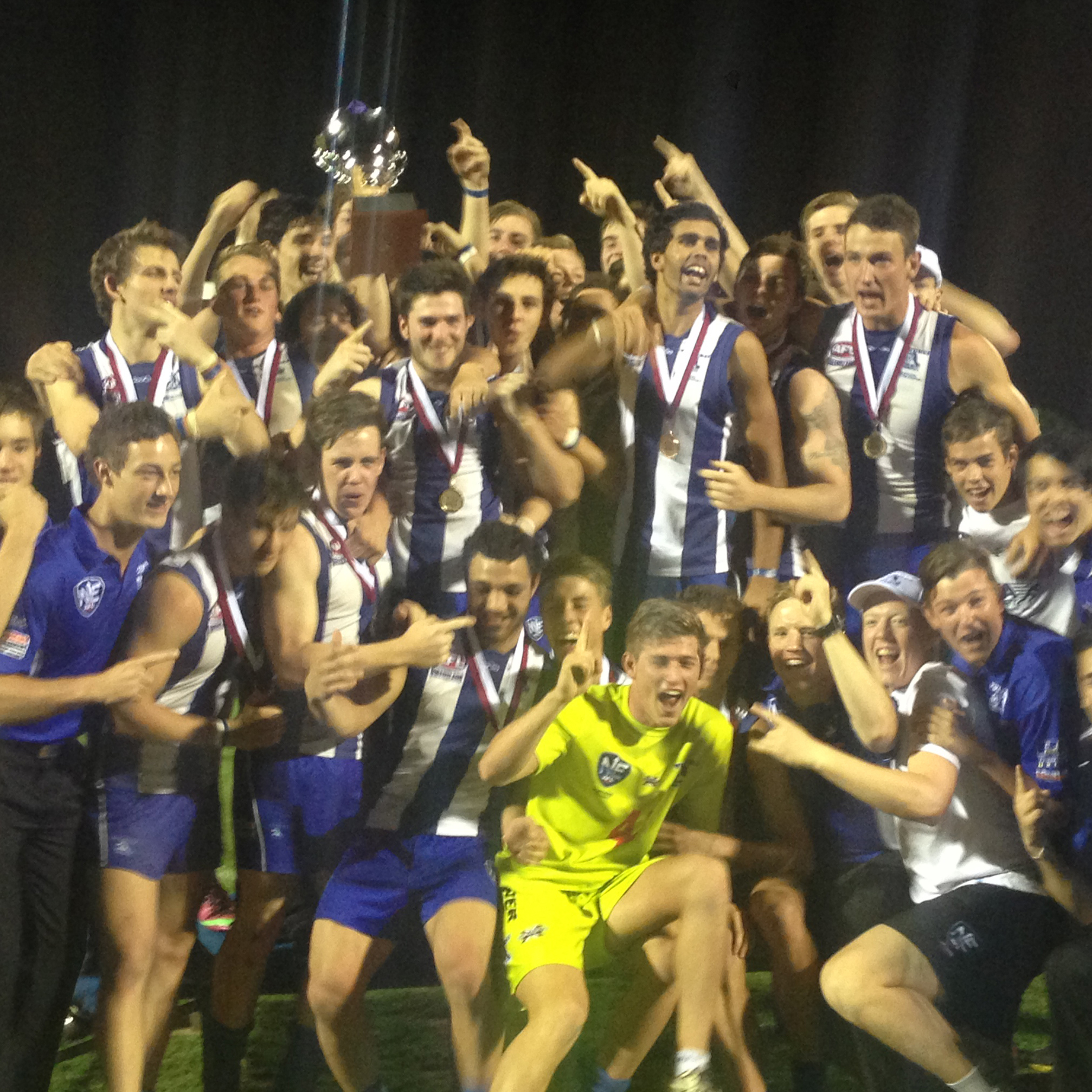 It was a dour first quarter, with only one goal scored for the term, by Southport’s Rhys Finn.

From then, Mt Gravatt dominated the play but shot themselves in the foot with some wayward kicking.

It was all Vultures in the second term, as Matt Fellow-Smith kicked two in a row, and they kept the Sharks to just one point.

Mt Gravatt’s pressure was suffocating through the midfield, led by superb efforts from Tim Peck and Nathan Byrne.

Southport were on the back foot heading into the second half, but in a fighting term, they stopped the flow.

The ball rebounded between the two sides’ 50 metre arcs, with defensive pressure strong on the last line for both teams.

Patrick Neate broke the deadlock, with a goal in the eighth minute off a 50 metre penalty.

Nicholas Davidson kicked one soon after, getting Mt Gravatt out to a 33-point lead, and making the task all the harder for the Sharks.

Wiley Buzza stood tall for the Vultures, with the hulking 17 year-old having a bit of a say on the match.

Andre Siekai finally broke the Southport drought with a goal for the Sharks, but it was a rare highlight on a challenging day for them.

It was Davidson who made the difference in the third quarter, with three goals for the term, giving the Vultures a seemingly unassailable lead

Siekai kicked the opener for the Sharks in the final quarter, but the Vultures had four out of the next five goals, and ran out convincing winners.

Vultures fullback Alex Williamson shone in the last line of defence, winning the best on ground medal for the game.

Mt Gravatt coach, Derek Berry, took a moment to thank the supporters, who turned up in droves, to support the emerging Vultures.

“Look behind you, boys. Look at all the people who have stuck around on a Sunday night,” he said.

“I want you to remember that.”

Southport coach, Jason Chantler, congratulated the victors on what was a terrific performance.

“They deserved it really,” he said.

‘You’re a good playing group and you should be proud of your achievements.”

The Vultures will play Sandgate’s Under-18 side in next weekend’s curtain raiser at Graham Rd.