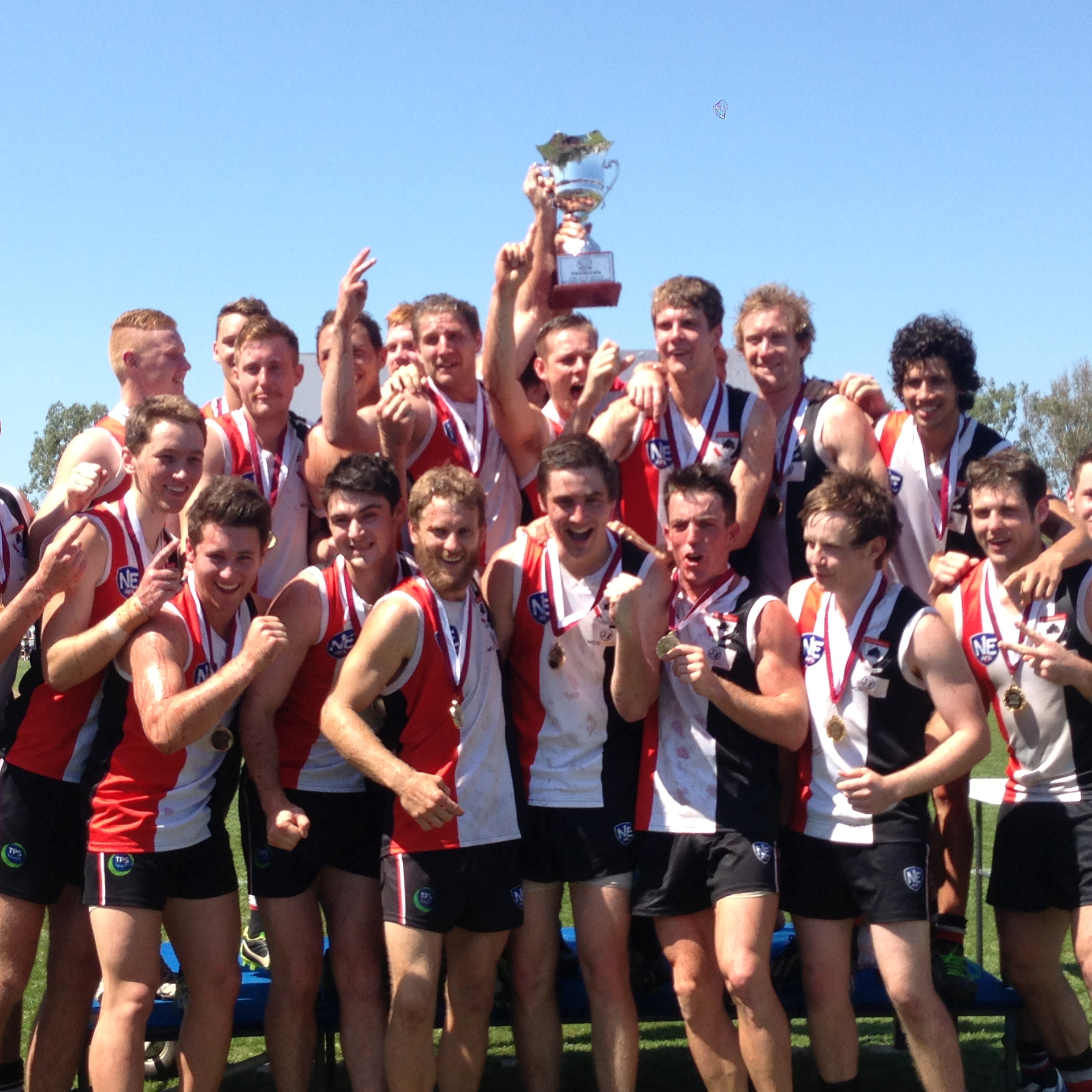 Morningside finished off their perfect season in dominant fashion, taking out the TIS Cup premiership over Southport, 12.14 (85)- 9.6 (60.

In a tight first quarter, the Panthers had a lot of the day but couldn’t convert that into scoreboard pressure.

Once they started kicking straight, there was no stopping them, with OSutyhport struggling to get their hands on the footy.

Morningside kicked the first goal of the day, and had almost twice as many scoring shots, but Southport kept themselves in it, trailing by only three at quarter-time.

The Sharks started the second quarter in perfect fashion, with a goal to Tyrone Alderson Trask giving them the lead.

Alex Mitchell returned serve to give the Panthers the ascendency back and Morningside’s defensive pressure continued to curb the Sharks’ momentum.

Mitchell showed his potency in the forward line, kicking Morningside’s three goals for the quarter, and giving them some breathing space.

It was all Panthers again as the second half kicked off, with Mitchell and Ben Beaven kicking the opening two majors, to give the Panthers a 31-point lead.

Southport broke their goal drought, with their first since the opening minute of the second quarter, with two consecutive goals, to Jackson Rolfe and Stephen Mills.

The Sharks fought back in the final term, holding Morningside goalless for more than half the quarter, but they couldn’t capitalise on their hard work.

It took until the fifteenth minute of the quarter for anyone to score, and it was the Sharks, with two in a row from Nathan trevena and Brtock Askey.

But it was Alex Mitchell, with his sixth goal, who kicked the sealer for the Panthers as they rolled on to an unblemished season.

Mitchell claimed the Billy Hardie Medal for the TIS Cup best on ground, with his super display.

Panthers coach, Jason Elliott, paid tribute to his players for an excellent season.

“They’ve got such a great work ethic for a young group of friends and players to go undefeated and to not lose track on grand final day,” he said.

“The club got behind us and it was the senior coaches’ game plan that we’ve been implementing and it’s been a great year.”

Sharks coach, Col Welch, said it was always going to be tough for the Sharks coming up against the Panthers.

“It’s always a big task when taking on the one who’s gone through undefeated, but I thought the longer we held on and had a crack,” he said.

“We had chances to put a bit of pressure on.”

Keep up with the live action from NEAFL Northern Grand Final day, here:http://bit.ly/19T4mMV

Vultures get vengeance
7th All Australian for Gary Ablett