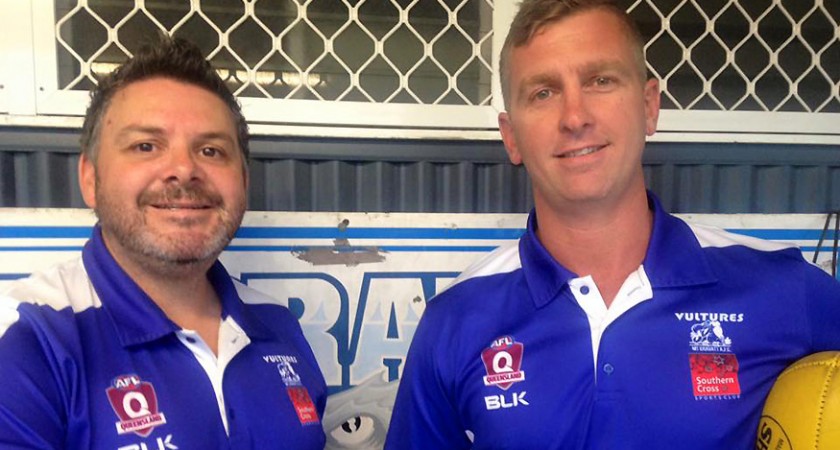 Mt Gravatt Vultures coach Troy Moncur has decided to step away from his QAFL senior coaching role to spend more time with his family and focus on his business, Stump Grind It.

“It was a difficult decision, very difficult,” said Moncur.

“Coaching just takes up so much time.

“Once you commit to something, you have to throw yourself all (the way) into it.”

Mt Gravatt had a good year in 2017, making the finals after winning nine games for the season, including a big win over premiers Palm Beach in round 12.

They then went on a five game winning streak in the build up to finals, which was Moncur’s highlight of the season.

“That little period I thought we were playing our best football and the guys had really bought in to what I was trying to set up,” said Moncur.

According to the club, Moncur hasn’t walked away on his coaching career, but will put it on hold for the time being while he focuses on his other priorities.

“Troy formed a terrific coaching team around him and as a group they certainly got the best from our players,” said Vultures President Daron Jackson.

“Troy will still be involved around the club as his sons are all proud wearers of the blue and white stripes.”

Moncur also played for Mt Gravatt as recently as 2016, kicking 37 goals from just eight matches with an average of 4.62 per game, the highest in the QAFL that season.

“We would like to thank Troy for his time, energy and passion that he has given us over the last year,” said Jackson.