Harwood to Join Western Magpies in 2018 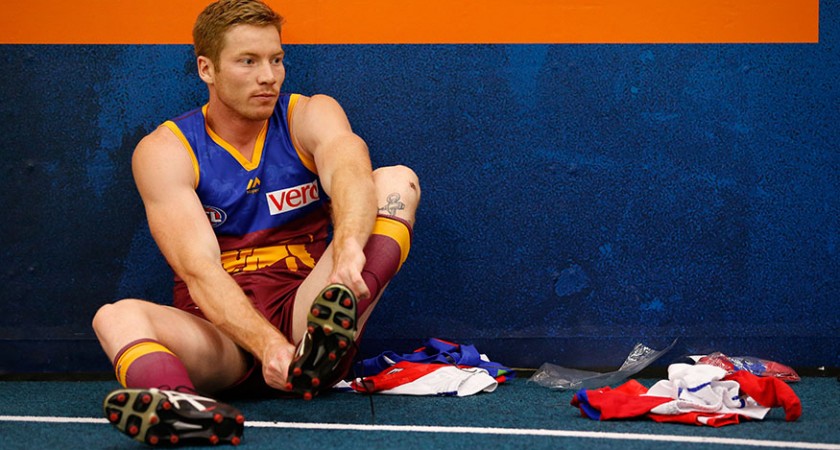 Recently delisted Brisbane Lion Ryan Harwood will join the Western Magpies for the 2018 QAFL season, after officially signing with the club yesterday.

“We’ve got a really young group, so his experience and leadership will be just fantastic,” said Western Magpies coach Brydan Morgan.

“You’d think you’d see him go through the midfield and probably at either end depending on where we might need him I guess.”

Harwood was drafted with pick 47 in the 2009 National Draft by the Brisbane Lions and played 81 AFL games, including nine in 2017. Along with his AFL appearances, the Tasmanian product performed strongly at NEAFL level this year, including a four goal performance in round 17.

The 26-year-old chose the Magpies as a result of a connection with former Magpies President Mark Blackberry, established while Harwood was playing at the Lions.

“They’re my old club colours as well, black and white, from when I used to play at Glenorchy.

“I’ve pretty much only worn that jersey and a Lions jersey, so it’ll be good to get back into it.”

The Magpies finished in sixth place on the QAFL ladder in 2017, just missing out on the finals with a young list of players. The signing of Harwood is great news for the Brisbane club, who are in need of more physical presence around the football. The Queensland climate and proximity to some great fishing and hunting locations, was another factor in Harwood rebuffing offers from clubs all over Australia.

Harwood looks likely to be the first of a few names that could be donning the black and white for the 2018 QAFL season, as the club looks to take a more aggressive approach in the recruiting space this off-season.

“Aggressive enough. Without being over the top, we still value our young kids coming through,” said Morgan.

“We certainly need some more players in their late twenties just to give that experience and leadership.

“So we’ll be looking to sort of fill those holes, so to speak.”