Volunteer of the Week: Sam Haddad 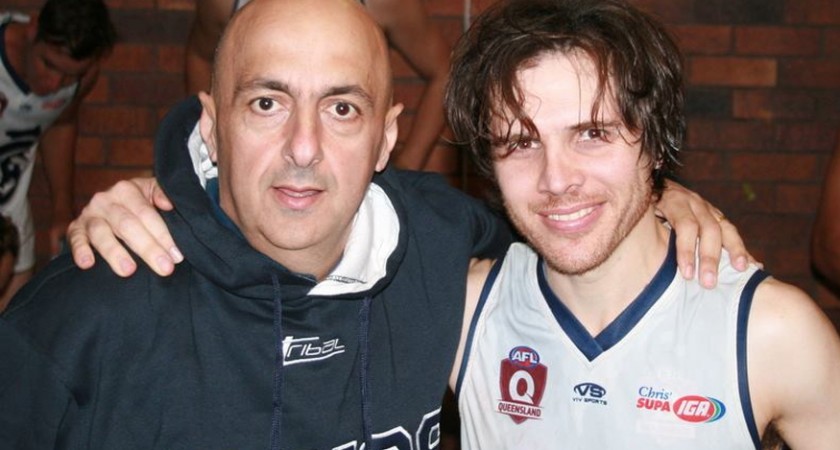 Sam Haddad, the President, and the man who makes it all tick down at Coorparoo, is this weeks AFL Queensland Volunteer of the Week.

Haddad has been the head honcho of the Treasury/Coorparoo Kings for a staggering 18 years.

As Haddad puts it, “it’s my third child.”

If you’ve ever been to a Coorparoo game, Sam is in 10 places at once. You’d think he has a twin.

Whether it’s running around picking up rubbish, keeping an eye on the canteen, making sure everything on game day is running smoothly, or poking his head into the rooms to see how the players are doing, Sam does it all. He lives and breathes the Kings.

Originally born in Syria, Damascus, he moved to Australia when he was three years old.

Growing up in Melbourne, football was always apart of his life, especially as a passionate Carlton supporter; but it wasn’t until age 10, at Assumption College, that he started playing.

While footy wasn’t exactly second nature to his parents, they were still their to support him.

“They had no idea about Aussie rules, my Dad liked sport but he was more into soccer like everyone else,” Haddad said.

“They used to follow it, come to watch me play, and all the rest of it.”

In 1986, Haddad and his family moved to Brisbane, and footy was put on hold for a couple of years. That was until he poked his head into Wests’ training one night.

After a stint with Wests, and another break from footy due to work, Haddad’s association with the Treasury Kings started, and since, he has given everything he possibly can to the club.

“I played at Wests for about two years, but stopped playing there because I began working nights. I started playing for the Treasury Kings because they used to train in the afternoons instead of at night, which suited my lifestyle at that point in time,” he said.

“One year later I became President of the Treasury Kings, and 18 years later I’m still the President of the Coorparoo Kings. I probably don’t know how, I might have got roped into it I’m not sure, but once I got involved in it, it definitely became my passion.”

Haddad’s playing days continued until he was 36, with the highlight being a senior premiership in 1991.

As the Treasury Kings transformed into the Coorparoo Kings, Haddad’s connection just rolled over without a hiccup, he was never walking away.

It hasn’t been without its complications though.

“During the years we have had some major challenges as a football club. Until the last seven to eight years, we have had no home ground. We moved from Yeronga, to Coorparoo, to Morningside, back to Coorparoo, and then we hooked up a little bit with the Coorparoo brand and formed a good culture,” Haddad said.

18 years in the job is a colossal commitment, and make no mistake about it, without Haddad, Coorparoo wouldn’t be close to the position they are in right now, on and off the field.

“For many many years, I felt that if I stepped away the club would fall away. I don’t feel like that now because we have got good people in there, committed, but every year we have got another challenge,” he said.

“Now we are in the QFA, in our second year in this level, we are looking like we are going to go close to playing in a grand final hopefully, so the goal for our football club is to get back to the state league.”

The strength of the club, the success they are having, is what makes it all worth it, but he couldn’t do it alone.

“It outweighs all the hard work ten fold. You hear it all the time, but we have a no idiot policy. I have made sure the people around us do the right thing by the players, it’s pretty simple,” Haddad said.

“You couldn’t do at this level, or moving forward, without good people. I’ve got to have great support, and that’s the secret this year, I’ve had great support.”

His formula for success is a pretty simple one.

“Like everyone I hate losing, I like winning. I work hard for the footy club and I love it. It’s part of my life, and it’s part of my family’s life, they have grown up in it and they love it too.”

Now that the club is flourishing, Haddad finds it even harder to think about a life without Coorparoo.

“A lot of people who played juniors there want to see us back, which we haven’t been in 30 odd years.”