VFL reduced to 14-game season due to ongoing COVID issues 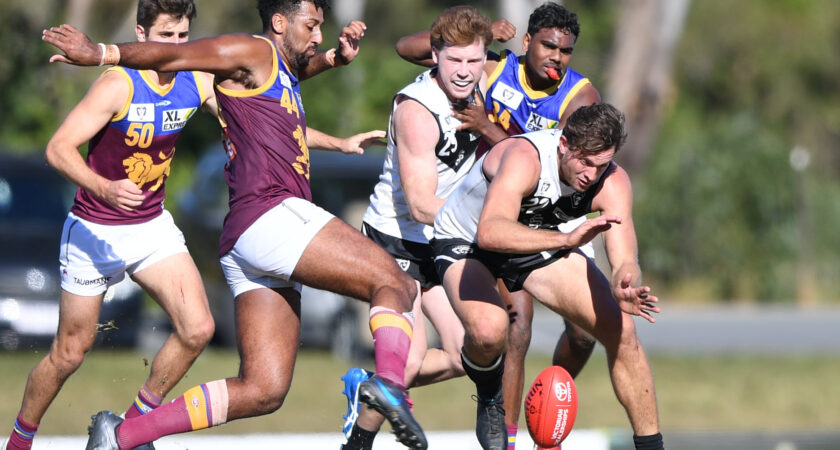 The AFL has today announced an update to the 2021 VFL Premiership Season.

As a result of the evolving COVID-19 situation across the country and previous interruptions to scheduled games, the 2021 home-and-away season will move to a 14-round season.

All clubs have played at least seven games across 12 rounds this season with Round 13 to commence tonight when Frankston host Port Melbourne at SkyBus Stadium at 7.30pm.

All clubs will play 14 home-and-away games across the 19 rounds to complete the season.

A top eight finals structure will commence on Saturday August 28 with the VFL Grand Final to be held on Sunday September 19 at Marvel Stadium.

AFL Head of Talent Pathways and State League Competitions Tristan Salter said the VFL community continues to navigate its way through a challenging year for sport.

“The VFL community has shown great resilience, commitment and dedication to get through an unprecedented year for football,” Salter said.

“The season has been different, but the rivalries are fierce, the standard is exceptionally high, and the addition of new clubs has provided a competition like no other.”

“The VFL football-starved community of fans across Victoria, New South Wales and Queensland have been rewarded with the highest standard of state league football in the country this season and there is much for fans to look forward to as we push towards the finals.”

“We move forward with momentum and look forward to that Sunday in September at Marvel Stadium.”

This year’s fixture continues to align with AFL programs given the VFL involvement of AFL-listed players from 14 AFL clubs and the shared resources across all 14 AFL clubs. The fixture for the VFL will continue to be a week-by-week proposition for the short-term.

VFL Games will continue to be shown with broadcast partners the Seven Network, Foxtel and Kayo.

VFL and VFL Club digital channels will have all the ticketing information for fans as each weekend’s games are released.

A spot in the VFLW Grand Final is on the line for Collingwood and Essendon in the second rebel VFLW semi-final at Victoria Park this Saturday. Geelong and the Southern Saints will face off for a spot in the preliminary final in the first match at GMHBA Stadium for the year.

“We are excited to showcase four great clubs in the rebel VFLW Finals this weekend and eagerly await to see the results as they march towards the 2021 rebel VFLW Grand Final,” Salter said.

“Presenting a 2021 rebel VFLW Premier will be a testament to the hard work of all clubs, players, officials and supporters.”

Talent from pathway programs including the NAB League will continue to be given the opportunity to play with VFL and VFLW clubs to provide aspiring AFL and AFLW talent the experience of senior football.

While COVID-19 continues to impact the community, the health and welfare of our players and the community remains the priority and all matches will operate in a safe manner anchored in the advice of respective governments, public health officials and medical experts.

The AFL would like to acknowledge the support of all industry stakeholders throughout this process and their patience in the construction of the revised fixture. The AFL also thanks the legion of fans and supporters for their patience and acknowledge the changes to the fixture will provide equality in the run home to clubs, players and supporters.

Byron Bay AFL9s is back!
UQ claim their first QAFLW Premiership in a second half goal-kicking spree