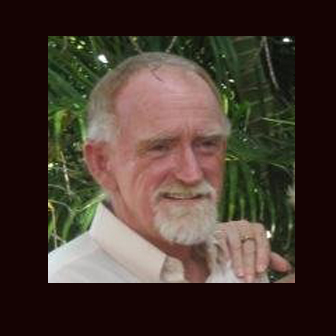 One of seven children, Lawrie was born in Frankston, Victoria in 1955, but spent most of his early years in Melbourne’s Western Suburbs.

Despite growing up in AFL’s heartland, it wasn’t until Lawrie moved to Yeppoon in the ‘70’s that he developed an interest in the game.

Spurred on by his mother, Lawrie became involved in the push to form an AFL Club in the town, ultimately becoming Foundation Vice President of Yeppoon Swans in 1980.

The club thrived with Lawrie’s help and is still active today, with son Beau and son-in-law Doug both having worn the Swans’ Guernsey.

Well and truly bitten by the AFL bug, Lawrie turned his hand to field umpiring in 1986 and went onto umpire over 200 A Grade games in Capricornia. He made the move to goal umpire in 2002 before hanging up his flags in 2008.

Lawrie was acknowledged for his contribution to umpiring last September when he was made a life member of AFL Capricornia Umpires Association Inc.

In addition to his umpiring duties Lawrie took on the role of Senior League (AFL Capricornia Inc) Vice President in 2006 where he remained until 2010.

Lawrie met his second wife Rosemary (Ro) in 2005.  By all reports he lovingly coerced her into becoming League Secretary in 2007, a position she still holds today.

A quietly spoken, deep thinking man with a wicked sense of humour, Lawrie was a private, humble person who always tried to avoid the limelight.

Lawrie has made an extraordinary contribution to AFL in Capricornia and his legacy will be enjoyed by many generations to come.