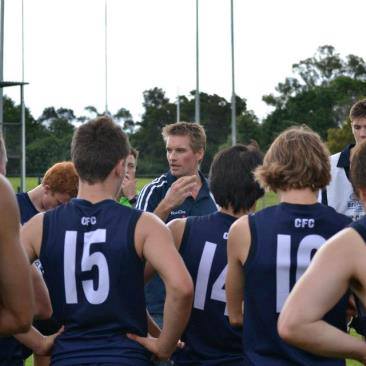 The Kings were on the back foot early, trailing by 13 points at the first break, but broke the game open in the second, kicking 4.5 –Wynnum’s 0.3 for the term.

With a 13-point lead at half time, the Kings took all the momentum into the second half and did enough to hold the Vikings off and claim a grand final berth

Thomas Gosper, the competition’s leading goal kicker, continued a super season with a bag of six for the Kings in the win.

After that first break, Crawford said the side started to build some momentum through the midfield, which ultimately proved the difference in the game.

“We started putting our heads over the footy more, we got our run going,” he said.

“I think we definitely were a lot more accountable and we were first in at the footy and smashed them in the centre clearances.

“The whole midfield worked as a great unit.”

After going down to Wynnum in both of their regular season clashes, the Kings turned the tables in week one of the finals, before claiming the win on Sunday.

Crawford said that experience had given his side a lot of confidence, despite trailing early.

“They went in at quarter time a couple of goals up and our guys knew they could come back and come over the top of them,” he said.

The win means they now have a chance to play off for the premiership, against Caloundra, who defeated them in their semi final last weekend.

Crawford said it was clear after the game how much the chance to win a flag meant to each of his players.

“You could tell b their reactions how important it was and how much they’re looking forward to turning the tables (on Caloundra) this week.

The Kings face Caloundra in the U18 Div 2 grand final at 4:30pm on Sunday August 18 at EK Anderson Oval, Kedron.